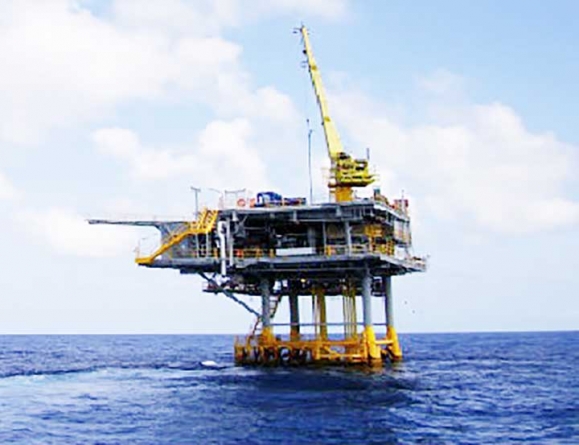 At a price of close to US$49.50 per barrel of oil, Guyana has received its fourth one million barrels of oil scheduled for this year and will get its first lift for 2021 in February next year, Vice President Bharrat Jagdeo yesterday confirmed.

It would mean that since ExxonMobil and partners CNOOC and Hess began production offshore in December last year, this country would have raked in US$185,338,324.42 in direct  revenue from its oil share sales, and which is held in this country’s Sovereign Wealth Fund, in the Federal Reserve Bank of New York account

“Production was reduced due to the delay in commissioning offshore but we received our fourth lift and we expect the first lift of 2021 to be in February,” Jagdeo told Stabroek News when contacted.

“Now that projection is stable, we expect the close to 120,000 barrels per day…,” he added, while explaining that lifts will now be more regular  and in a shorter timeframe.  Guyana had originally been due five lifts for this year but the various challenges faced by Exxon prevented this.

Providing details on lifts so far, government shared data along with monies received which is provided in the table below and reflects Guyana’s share of oil since production because last December.

The Ministry of Finance had said that the total holdings of the Natural Resources Fund as at June 11, 2020 was US$94,921,803.00 representing both royalty and oil sale amounts but announced earlier this month that the second payment for royalties, US$3,698,152.63, had also been deposited.

Minister of Natural Resources Vickram Bharrat had in late August told this newspaper that over US$150M was now in the oil account, inclusive of royalty payments.

Royalties for this fourth lift would not be received until March of next year as it is calculated monthly and paid 30 days after every quarter of the year.

Reeling from the effects of the global coronavirus pandemic that had brought the oil industry into a glut and saw the registering of a negative value for the first time in history, this country got US$35 million for the second  lift of one million barrels of oil in June.

The second lift total represented about US$20 million less than what it received for its first cargo in March when it obtained US$55M.

But by August when it had its third lift, the global economy had begun to return to some normalcy and Guyana got about US$46 per barrel.

And as economies open up and there is currently a vaccine for COVID-19 being distributed around the world, this country has seen an even better price, pushing the amount received close to the pre-Covid 19 global prices, which had an average of around the US$56 per barrel in February of this year.

It is hoped by government that by the time this country gets its next lift next year, the amount received would be on par or more than the pre-Covid costs per barrel.