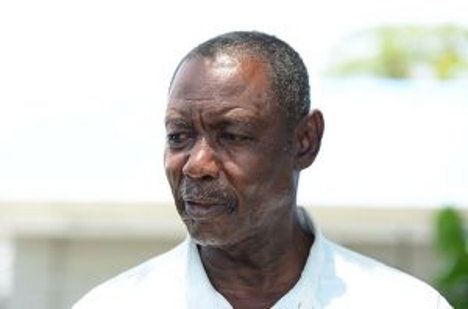 THE Guyana Trades Union Congress (GTUC) said it is deeply concerned by the statement made by Mr. Alexander Matus, Deputy Head of the European Union (EU) Observers Mission, demanding that District Four Returning Officer of the Guyana Elections Commission (GECOM), hand over legal documents (Statements of Poll) to him.

In a strongly-worded statement, the GTUC reminds Mr. Matus that the Cooperative Republic of Guyana is a sovereign nation and the relationship between Guyana and the EU is one governed by diplomatic engagement under the Geneva Conventions. The union added that GECOM is an autonomous constitutional body, solely responsible for general, regional and local elections in Guyana.

According to the GTUC, on March 11, 2020, the High Court of Guyana ruled reinforcing GECOM’s independence and reminded all that observers, domestic and international, have no statutory right over GECOM as an entity and any of its officers with particular reference to the returning officer who is not answerable to forces external to GECOM.

“The boldness of Mr. Matus’ contempt for the Constitution and Laws of Guyana, the ruling of the High Court, and people of Guyana places his goodwill and agenda into question. It raises questions regarding the continued role and ability of certain international organisations/countries or more particularly, their representatives entrusted to observe and report on the Guyana elections into question.

” “Mr. Matus and others who have communicated with similar impropriety know their limitations in a sovereign nation forbid them interfering, much less dictating to and demanding from our institutions of governance.

Being an invited observer and having an interest in our electoral processes does not provide him or any other additional privileges to interfere,” GTUC said.
According to the GTUC, opportunity is taken to bring to the attention of  Assistant Secretary (ag) for U.S. Department of State’s Bureau of Western Hemisphere Affairs, Mr. Michael Kozak, that the Guyana elections has not yet been pronounced on by GECOM which is the statutory body vested with the authority to so do. The union said Guyanese are mindful that the Western World has had and in some instances are, undergoing similar challenges which were resolved with due process and without external interference.

As a small developing sovereign nation, we ask for and are entitled to no less. “We also ask for some respect be accorded to our CARICOM relationship since said body has demonstrated a respectful oversight interest,” the statement concluded.