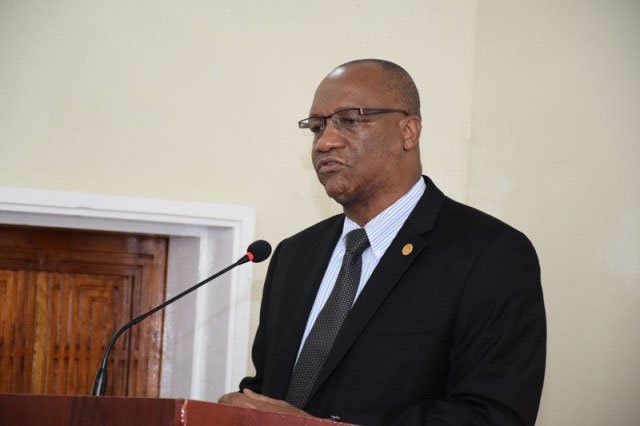 Director-General of the Ministry of the Presidency, Joseph Harmon said if the High Court throws out orders for the Guyana Elections Commission (GECOM) to verify election results for Region Four before they are declared, David Granger will be sworn in as President for a second straight term.

He said GECOM could not have met to consider certified results by the Chief Elections Officer, Keith Lowenfield because of the orders secured by the People’s Progressive Party (PPP). “Once that is done it will clear the way for the commission to meet and for them to issue that statement which will clear the way for the president to be sworn in,” Harmon said in video recorded remarks.

With PPP-nominated GECOM Commissioners not expected to attend any meeting of the seven-member body, it is unclear how the results will be ratified because the meeting will not have a quorum. The quorum consists of at least two commissioners from each side and the Commission Chairman Claudette Singh.

Harmon says the orders that were granted have “several defects” and he expects they will be discharged.

The High Court is scheduled to sit on Saturday at 10am.

Harmon, who is also General Secretary of A Partnership for National Unity (APNU), hopes Granger can be sworn in swiftly especially due to the political unrest in several People’s Progressive Party (PPP) strongholds. “It is our expectation that this matter be treated with some amount of speed because the security situation in the country, which seems to be promoted and I would say the intellectual authors of this situation are the PPP, and they call for the supporters to get engaged in the sort of lawlessness seen today.

“This is not a good situation and we would like to have this matter dealt with quickly. In order for there to be calm, stability and restraint we have to have the president sworn in quickly and that his government be able to take the necessary steps to guarantee the peace, stability and security of this country,” he said.

Harmon called on the PPP leadership to appeal to their supporters “to refrain from the type of physical damage which I saw today occurring.”

Senior PPP leaders Anil Nandlall, Frank Anthony and Ganga Persaud journeyed to Lusignan, East Coast Demerara, to appeal to supporters to disperse but they refused to do so. Eventually, police fired teargas and pellets in order to clear that major east-west corridor.

Harmon also called on the PPP not to allow the country to degenerate into strife.

The western nations have cautioned Mr Granger against being sworn in before the results are verified or risk his government being deemed unconstitutional.