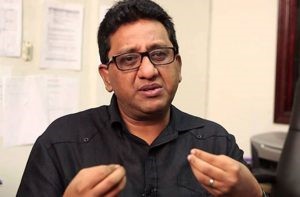 The Coalition, headed by President David Granger, has illegally appointed 44 members across five state boards, an order posted in the Official Gazette has disclosed.

According to the order, which was signed by de facto Minister of State, Dawn Hastings on June 22nd, five were appointed to the Environmental Assessment Board (EAB); seven to the Wildlife Scientific Committee (WSC); nine to the Protected Areas Commission (PAC); 11 to the Guyana Wildlife Conservation and Management Commission (GWCMC) and another 11 to the Environmental Protection Agency (EPA). The order states that these appointments under the presidential sector are set come into “immediate effect” and are expected to last for the duration of one year.

Meanwhile, former Attorney General and executive of the People’s Progressive Party/ Civic (PPP/C), Anil Nandlall, posited that these appointments were “wholly illegal”. He gave a breakdown of the laws and events that lead to such.
The Attorney-at-Law pointed back to the December 21, 2018 no-confidence motion (NCM) in which the Caribbean Court of Justice (CCJ) had deemed to be validly passed and which placed the government into a caretaker status—a status which the President admitted to.
“A caretaker government,” Nandlall said, “is bound in law to behave as a caretaker. The caretaker of a property, for example, is not the owner… and therefore can’t make fundamental changes of any type; decisions of any type, or enter into new contract, or make new appointments.”

It is against this that Nandlall said that the government is to only perform routine functions and making new appointments would be illegal since it is not routine.
“Its behaviour was further compounded,” he said, “when Parliament was officially dissolved and a date was set for the elections. Certainly, after the elections the situation became worse, especially after the results of the elections are known and the Coalition has lost the government. Clearly, they can’t make appointments to boards.”
Nandlall noted that at the “appropriate time”, those appointments will have to revisited and reviewed “with a view of rescinding them,” he said.