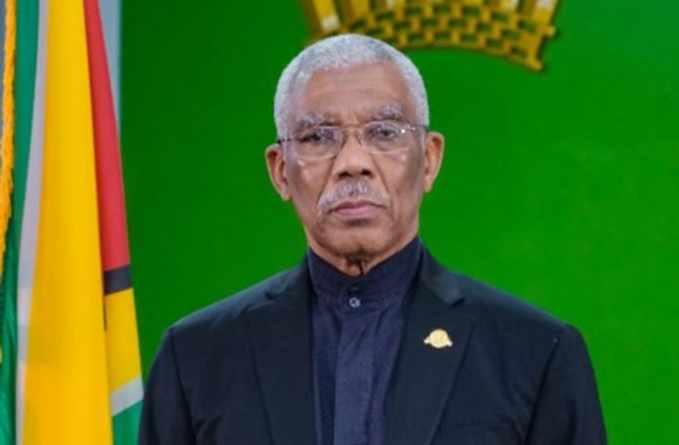 Incumbent President, David Granger, has entered into a plethora of multi-million dollar contracts and appointed a number of state boards, despite promising to not do so in 2019.
This was following the Consequential Orders handed down by the Caribbean Court of Justice (CCJ) which validly passed the December 21, 2018 no-confidence motion.
On July 14, 2019, following the consequential orders and declarations of the CCJ, the Granger administration had accepted that it was in “caretaker” mode. In fact, the Government said it will restrain the exercise of its legal authority.

“This means that while the Government will continue its routine management of the country, it will also address urgent issues that are in the public interest,” the Granger government had noted in a statement to the press on that evening.
Later on September 19, 2019 the CCJ determined that, by convention: “the Government is expected to behave during the interim period as a caretaker and be so restrained in the exercise of its lawful authority.”
Granger said, “My Government has accepted that it is now in an ‘interim’ mode. Government is exercising restraint on its executive authority. Overseas travel by Ministers has been restricted to essential. No new policy is being implemented nor are any major agreements being signed…”

However in a matter of months, post the March 2, General and Regional elections, the Granger-led administration not only awarded billions of dollars in contracts but acres of prime East Coast lands to developers, appointed members across state boards, among other major undertakings.

From March 3 to June 22, the National Procurement and Tender Administration Board (NPTAB) had awarded over $2B in contracts for just over 45 governmental projects, according to information gleaned from NPTAB’s website on contracts awarded during that period, as a previous Kaieteur News article revealed.
A $1B contract to retrofit the Ocean View Hotel on the East Coast of Demerara (ECD), a $352M contract which was awarded to BK International Incorporated to construct rip rap sea defenses in Mahaicony, Region Five; the awarding of 130 acres of prime land situated on the ECD which have a price tag of millions of dollars, are just some of the big-money projects that have been awarded by the tender administration board since March 2..

Other contracts, which are smaller when compared to the enormous contracts listed above, include $107M awarded to General Engineering Supplies for ‘operations and security of National Drainage and Irrigation Authority (NDIA) mobile and fixed pumps’ within Regions Two, Three and Four; $84M awarded to Rampaign Wilson Construction for the remodeling and rehabilitation of two police stations, one in Wismar, Region 10 and the other in Mahdia, Region Eight; and $60M awarded to Memorex Enterprise for operation, servicing and monitoring of heavy-duty equipment under the NDIA.
These contracts listed are just three of some 43 plus contracts, which carry a price tag of $838M in total, as NPTAB data shows.

The award of such contracts in a post-election environment is problematic, as Section 54 of the Procurement Act of Guyana specifically states that, “The Cabinet shall have the right to review all procurements the value of which exceeds fifteen million Guyana dollars. The Cabinet shall conduct its review on the basis of a streamlined tender evaluation report to be adopted by the authority mentioned in Section 17 (2).”
The Act went on to state that, “The Cabinet and, upon its establishment, the Public Procurement Commission, shall review annually the Cabinet’s threshold for review of procurements, with the objective of increasing that threshold over time so as to promote the goal of progressively phasing out Cabinet involvement and decentralizing the procurement process.”

By taking into consideration that the A Partnership for National Unity + Alliance For Change (APNU+AFC) dissolved Parliament in December of last year, it leaves questions regarding which constitutional body the government received approval from to award the contracts such as the $1B renovations to the Ocean View Hotel, BK’s $352M sea defense project, as well as the contract to market Guyana’s portion of oil.
Even as the Procurement Board had announced that it had raised the threshold for ministries and State agencies for goods and services to $10M, while the limits for construction contracts would be $15M, these projects go way above that threshold.

In addition, the coalition had illegally appointed 44 members across five state boards, which was an order posted in the Official Gazette.
According to the order, which was signed by de facto Minister of State, Dawn Hastings, on June 22nd, five were appointed to the Environmental Assessment Board (EAB); seven to the Wildlife Scientific Committee (WSC); nine to the Protected Areas Commission (PAC); 11 to the Guyana Wildlife Conservation and Management Commission (GWCMC) and another 11 to the Environmental Protection Agency (EPA). The order states that these appointments under the presidential sector are set to come into “immediate effect” and are expected to last for the duration of one year.

Former Attorney General and executive of the People’s Progressive Party (PPP/C), Anil Nandlall, had posited that these appointments were “wholly illegal” and linked the fall of Cabinet to such.