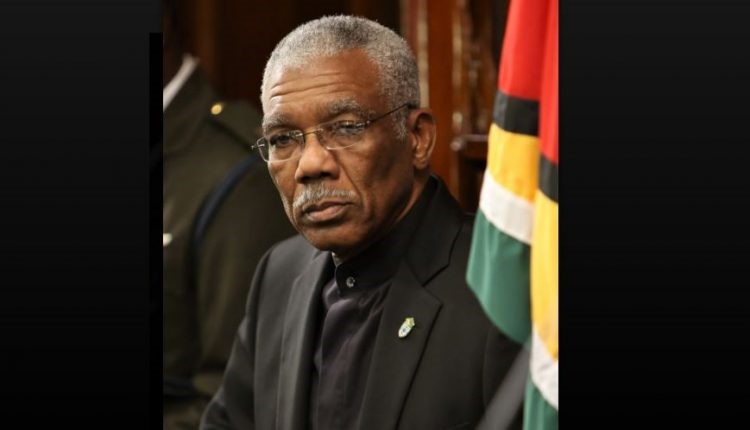 Caretaker President David Granger yesterday morning said he is obliged to observe whatever declaration is made by the Chair of the Guyana Elections Commission (GECOM).

He was at the time responding to questions from the media about what his position would be should the GECOM Chair Justice Claudette Singh declare the elections based on the recount results – which his party is falsely claiming are not credible.

“With respect, my statements on compliance with the declaration is not conditional. I didn’t say if the rain is falling or the sun is shining, you know, if it comes by day or by night. I am obliged to observe the declaration of the Chairman of the Elections Commission,” Granger told reporters on the sidelines of an event.

While the APNU Leader noted that he is obliged to accept the elections declaration, he did not say whether he would. In fact, Granger’s coalition party has been mounting court challenge after court challenge in a bid to block GECOM from making the declaration.

In fact, Granger had previously committed to accepting whatever results emanate from the national recount exercise but now, he has flip-flopped on his promise. Instead, his party wants a declaration based on the original tabulation of votes, including the fraudulent figures produced by Clairmont Mingo, the Returning Officer of the largest electoral district, Region Four.

Mingo’s figures were heavily inflated in favour of the APNU/AFC coalition – as observed by members of the international community.

In fact, it was Mingo’s production of concocted numbers that led to the undertaking of the National Recount exercise – which was agreed upon by caretaker President Granger and the Opposition Leader Bharrat Jagdeo. It was also conducted under the auspices of the Caribbean Community – which Granger had described as the most important interlocutor in the process.

Caricom, in its report on the recount, deemed the results emanating from the process credible and asserted that it should be the basis of the declaration of the winner of the March 2 polls.

But APNU/AFC coalition refused to accept the findings and instead launched a campaign aimed at discrediting the recount activity, though it was hailed as a credible process by the international observers, local observers and nine other political parties that contested the elections.

Guyana’s highest court, the Caribbean Court of Justice, has already ruled that the recount results must be used to declare the winner of the elections.

The CCJ’s written judgment states: “Unless and until an election court decides otherwise, the votes already counted by the recount process as valid votes are incapable of being declared invalid by any person or authority”.