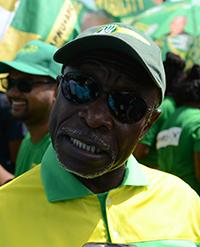 In a letter to the editor of SN published on Tuesday March 17, p19, the MoFA’s observation that the Government of Guyana has never recognised the ‘interim Presidency of Juan Guaido’ was described as ‘rubbish’  and ‘dangerous’. The writer, M. Maxwell sought to justify that extreme view by arguing that the public servant is ‘illegal’. Of course, the tenure of a public servant, unlike that of a politician, is not temporary or subject to electoral changes. Controversy, about the state of the election cycle in Guyana does not render a public servant either illegal or unable to state the obvious. In fact, when politicians, whatever the reason, are not in place it’s the Public Servant’s responsibility to represent the state’s interest and to continue pursue national policy. In any case, whether the description of Government action or position is made by the political head of the Ministry of Foreign Affairs or the public servant heading the Ministry, makes no difference, legally. Sadly, the mischief is to be found in Maxwell’s comment.

The Permanent Secretary’s statement about the status of Mr Guaido was clear, the Interim Presidency of Mr Guaido has ‘not been recognised’ by any Guyana Government. What is more, Guyana hosts a Venezuela Embassy with an Ambassador appointed by President Maduro, not Mr Guaido.

Sadly also, the communication from letter-writer M. Maxwell reflects one of the most distinctive features of public debate and commentary in Guyana, the penchant of many writers to project utterly false positions as fact and to resort to abuse in order to support these views. This is a particularly unfortunate habit when it concerns matters of national sovereignty. Whether, some persons regard the Guyana Government as illegal is quite irrelevant because not only we are dealing with the acts of a de facto administration but the stated position pre-dated Mr Guaido’s preferment by the Venezuela National Assembly.

So much for fact, let us turn to the logic of non-recognition. When in late 2017 the Lima Group invited a representative of Mr Guaido to make the Guaido case at a meeting chaired by Canada, Guyana made it clear that it did not support a request for the recognition of the Guaido Interim Presidency. It was argued that while Guyana shared the concerns of the international community about the situation in Venezuela, our response to any question about recognition had to be tempered by the reality of the posture of the Venezuelan National Assembly, led by Guaido.

In February 2013 while Mr Guaido was Leader of the Opposition in the National Assembly of Venezuela, the Assembly approved an Agreement which rejected the decision of the United Nations Secretary General (UNSG) to refer the case to the ICJ. The Agreement inter alia, called for the establishment of a ‘Mixed Commission of the National Assembly on the issue of the Defense of Venezuelan Sovereignty over the Essequibo Territory and its Atlantic Front’, declared the decision of the UNSG inapplicable and exhorted Venezuela’s Armed Forces to defend Venezuela’s sovereignty in the western border of the Essequibo River and the Atlantic Front.

During the course of the very aforementioned Lima Group meeting held in Ottawa, a video message delivered on behalf of Mr Guaido by María Corina Machado, was set against the backdrop of a map with Guyana’s Essequibo as “Zona en Reclamación”. Once again this was a demonstration of their contempt for the sanctity of international treaties freely entered into by the Venezuelan Government. Decree Number 3.732 of December 28, 2018, a piece of domestic legislation illegally extended to seas and ocean resources outside of Venezuela’s borders and claiming sovereignty over areas not permitted under the Law of the Sea Convention, was promulgated under the hand of Mr Guaido. The members of the Lima Group, and even non-members, had to acknowledge that Guyana, insofar as it had a choice, could not be expected to recognise a Presidency which historically has been far more aggressive that the current administration.  To do otherwise would be the equivalent to cutting one’s own throat. Whatever its allies think, no state is obliged to pursue policies which are not in its national interest and which threaten its very existence. So much for the writer’s concern that, ‘the statement defies the West’.

The writer Maxwell also seems to believe that the APNU position has something to do with electoral politics or at least a search for electoral advantage. He is obviously unaware that the PPP has not ever given the impression that they feel Guyana should recognise Guaido as Venezuela’s Interim President. Whose case then is Mr Maxwell representing?

The Government of Guyana takes a dim view of the actions of Mr Guaido and the National Assembly of Venezuela and its illegal and aggressive actions towards Guyana. We place our faith in the rule of international law in pursuit of a peaceful settlement of the controversy. It would be a welcome sign if Mr Guaido, Mr Maduro and their administrations, could be persuaded of the rightness of accepting the jurisdiction of the International Court of Justice and allowing the rule of law to prevail.