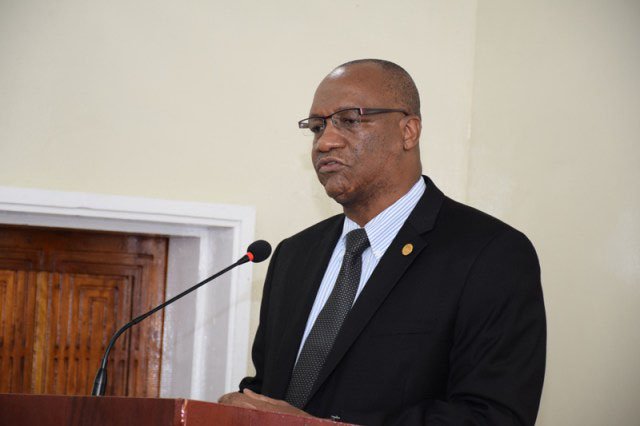 As A Partnership for National Unity (APNU) marked its ninth anniversary on Wednesday, the five-party coalition said that calls for the David Granger administration to concede defeat are premature, as the electoral issues are still before the courts.

During a live broadcast on social media by the APNU+AFC, chief party spokesman, Joseph Harmon said that the APNU supports the coalition statement that “our electoral process is still not complete and that calls to concede in the circumstance from whatever source it comes are prematurely a coercive ploy, a violation of our constitution and laws, and we will not bend.”

Several international organizations including several major allies to Guyana have all called for an end to the election impasse here, saying that a declaration should be made based on the CARICOM-certified recount, which shows a victory for the People’s Progressive Party Civic (PPP/C).

On Wednesday, the United States (US) through its Secretary of State, Mike Pompeo, announced visa sanctions for Guyanese officials and their families for “undermining democracy.”

But Harmon told the press during the broadcast that this was not communicated to the government. “We are not aware of that and as I said, as a government, I for sometime acted as the minister of foreign affairs, and usually you would not act until you received formal communication from that country or responsible officer in that country,” he said, pledging to provide a comment on the issue when this is formally communicated.

However, US Ambassador to Guyana Sarah-Ann Lynch declined to say whether there was need for a formal notification of the sanctions to the Guyana government. “I can’t comment on that,” she said when asked. She indicated that Mr. Pompeo’s announcement was public. “The public was notified yesterday through the Secretary of State,” she said.

The Guyana government has already expressed regret at the US’ decision. For their part, APNU’s Aubrey Norton and Harmon reiterated that the announced sanctions appeared geared to pressure the Chief Justice Roxane  George-Wiltshire. But the American Ambassador recalled that the US had for several weeks been cautioning against violating democratic principles.

Meanwhile, Harmon in his statement said Guyana is an independent and sovereign state and respects and cherishes its relations at a diplomatic level with all states, but it stands firm against any threats or actions which are aimed at violating the trust which exists between “our leadership and our people.”

“We will, with patient restraint, await the lawful outcome of our electoral process,” he asserted.

Ambassador Lynch said the visa restrictions took immediate effect and that the Consular Department would be contacting affected visa holders.

On Tuesday, a case was filed by APNU+AFC supporter Misegna Jones in the High Court blocking the Guyana Elections Commission (GECOM) from using the recounted, valid and certified results to declare the results of the March 2, 2020 elections, and instead compel the seven-member commission to use the 10 district declarations.

Chief Justice Roxane George will on Friday, July 17, hear oral arguments by the various parties and a ruling could be given by Sunday.

The Caribbean Court of Justice (CCJ) in its recent ruling scrapped the Chief Election Officer (CEO), Keith Lowenfield’s report that shows the governing coalition was expected to be declared the winner of the March 2, 2020 elections.

In fact, CCJ President, Justice Adrian Saunders said categorically in its unanimous decision by the panel of judges that “the court also declared that the report of the Chief Elections Officer of 23rd June, 2020 is similarly of no effect.”

Saunders said the CEO was now expected to submit a report based on tabulated results of the recount, as  the GECOM cannot address concerns about alleged voter fraud or annul the elections. The GECOM Chairman had said aggrieved parties could file an elections petition in accordance with the law and the constitution.

Harmon, however, maintained his stance that the CCJ ruling invalidated the recount process indicating that the Chairman of the GECOM Claudette Singh was obliged to act in full accordance with the Constitution of Guyana and the judgment of the CCJ and declare the election results based on the report presented by the CEO.

The GECOM chair on July 13 set aside the 10 district declarations and ordered that Lowenfield a third time to submit a report using figures from the national vote recount- the only figures now available. The next day before Lowenfield could have submitted his report, a court action was filed halting that process again.