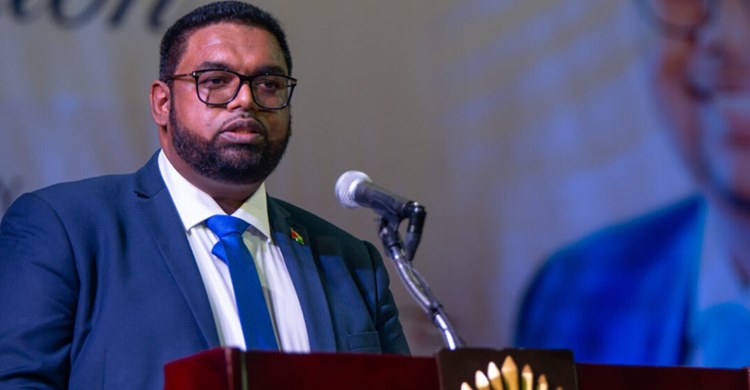 Guyana has been without a budget for close to two years and the extraordinary spending that occurred between March 2 and August 2 has left the treasury in an empty state, President Irfaan Ali said.
According to him, the mis-management of many state institutions and decision- making processes of Guyana resulted in the tremendous loss of finances, compared to pre-2015.

“We are going to ensure that we do a comprehensive report on every aspect of the economy, every sector, so that the Guyanese population can understand what is taking place,” the President told Newsroom in a recent interview.
Parliament will be convened on Tuesday and the emergency budget will be laid within two weeks. It will focus on making resources available to tackle a number of pressing issues.

“The first few weeks have been used for bringing together the pieces to have a full assessment of the situation, and developing strategies in the emergency budget to address the immediate concerns and needs, as we move towards the planning of a full budget next year,” he said.

He also noted that Vice-President (VP), Dr. Bharrat Jagdeo, will be reading the budget in Parliament, as government continues search for a minister of finance.
To generate jobs, create wealth and opportunities, the President said a series of incentives will be launched for various sectors such as the hotel industry, manufacturing, industrial development and livestock, among others.
He said when capital is raised there will be public, private partnership to deal with the housing sector which will also create thousands of jobs. As such, works have already started on the 2021 budget.

Meanwhile, he noted that jobs will also be created when the sugar industry is up and running.
Government is also committed to creating opportunities at the sugar estates with a special investment regime set aside for the Wales Estate, since all the equipment were sold out.
“This will create wealth, opportunity, build capacity and bring back life and economic prosperity to communities,” Dr. Ali said.
He said the sugar industry is not about workers working in estates but the socio-economic impact of the estates on the regions and communities, as those far outweigh any subsidies government will give.

He noted that the government will inject some $600M into the Guyana Sugar Corporation (GuySuCo) to assist with the payment of wages and salaries for employees.

The President also noted he has seen many files of expressions of interest for the sugar estates.
“These are sophisticated international private investors. If they see a dead opportunity why would they go after it. It’s about finding the right model and we are going to find that model to keep those jobs and sustain those communities,” the President said.
He noted that, in all regions of Guyana, government will be seeking to create and stimulate employment and economic development.