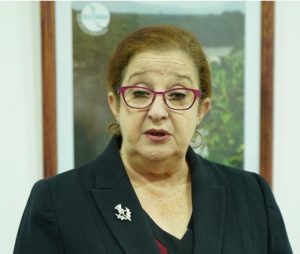 The Government is working to have the long delayed Budget for 2020 presented, considered and passed on or before October 10th.

According to the Order Paper for Tues-day’s sitting, one of the first motions of the 12th Parliament at the Arthur Chung Conference Centre will see the facilitation of sittings during what is traditionally the “break period.”

A motion in the name of Minister of Parliamentary Affairs and Government, Gail Teixeira, calls for the Assembly to suspend Standing Order 9 which provides that “unless there are special reasons…no sitting…shall be held between 10th August and 10th October in any year”.

Teixeira reminds that due to the dissolution of the 11th Parliament on December 30, 2019 there have been no sittings of the Assembly and therefore no Annual Budget has been presented or considered.