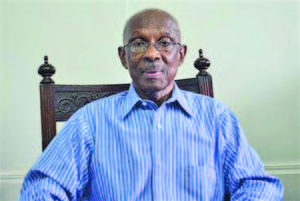 Earlier in referring to a local and (US) situation I referred to Ripley’s series “believe it or not”. Allow me this day to comment on another “believe it or not”. I refer to the plight of the Guyanese bauxite workers employed by RUSAL. In his erudite, inimitable style General Secretary of the Trades Union Congress Lincoln Lewis recently gave the public a glimpse of the situation at the RUSAL establishment in the Berbice River. I recall joining a picket line in an attempt to get then minister responsible for Labour Manzoor Nadir to deal with this significant industrial relations matter. I got the impression then that the then administration regarded RUSAL as one of our sacred cows – sad but so.

With the change of guard in 2015 there was the hope that minister Keith Scott and Amna Ally would deal condignly with this Russian-owned giant RUSAL who has refused to submit to compulsory arbitration and believe it or not, continues to treat Guyanese workers shabbily and the government with disdain. Scott and Ally seemed to have put on roller skates.

RUSAL has threatened the workers and misinformed the public, they have reportedly started to move equipment from the site in the Berbice River, apparently for shipment overseas. In referring to the massive damage being done to our environment by foreign companies mining for gold and precious metals I propose the operations be ordered shut down and that the operators be asked to leave. I lean on the words of the late Trinidad & Tobago Prime Minister Eric Williams when he noted “Oil Don’t Spoil”. To Guyanese I say “Gold, Bauxite and Diamond don’t spoil”.

In Guyana we need investors to harvest our natural resources, this process must of course benefit the investor but it must never be at the sacrifice of the Guyanese workers nor at the destruction of our waterways, land and the general despoilment of our environment.

The situation at RUSAL is not a matter only for the unions and ministry of labour. It is a serious matter that should compel every patriot, regardless of race, creed or political belief, to speak up and stand up for the workers, the union and indeed Guyana. The silence and indifference in high places is worrisome and is indicative of a loss of national pride. It suggests that our independence won in (1966) is being forgotten or the significance of independence and nationhood is being trivialized. Believe it or not, the political groupings in government and the opposition seem to have lost their way.

This serious matter should see every Guyanese at one and as we say “to hold one head”. The architects of our struggle to freedom Cuffy, Hubert Nathaniel Critchlow, Dr. Cheddi Jagan and Forbes Burnham must be tormented by the events taking place in the Berbice River. All Guyanese must unite and let RUSAL know they are not dealing with a few dozen workers, but Guyana will unite against this assault and vulgarity by a company whose forebears were part of the Russian revolution of 1917.

One thing is certain, this situation would not have continued for so long had either Forbes Burnham or Cheddi Jagan been on the captain’s deck of our ship of state.