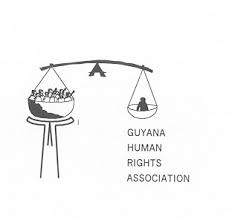 The Guyana Human Rights Association (GHRA) yesterday called on GECOM to complete the tabulation of the Region Four vote at Monday’s general elections utilising the statements of poll.

In a statement on the mounting controversy over how the Region Four count has been handled, the human rights body said that there should be no swearing-in of anyone until the Region Four tabulation is properly completed.

“In light of obligations to voters, and in the interests of legality and transparency, (GHRA) calls upon GECOM to complete the count in Region 4 on the basis of the Statements of Poll (SOP) as mandated by the GECOM CEO.  The results should then be announced according to established procedures and accepted by all political parties and all citizens, regardless of who may be winners or losers. Furthermore, there should be no swearing-in of anyone until the Region 4 count is completed”, the organisation said.

The GHRA also congratulated the Guyanese population for the “patience demonstrated yet again given this dysfunctional electoral system”.

GECOM has come under pressure from international observer groups and western countries to ensure the lawful tabulation of Region Four votes. A declaration of the Region Four results on Thursday by GECOM has been widely criticised as not being in compliance with the law.