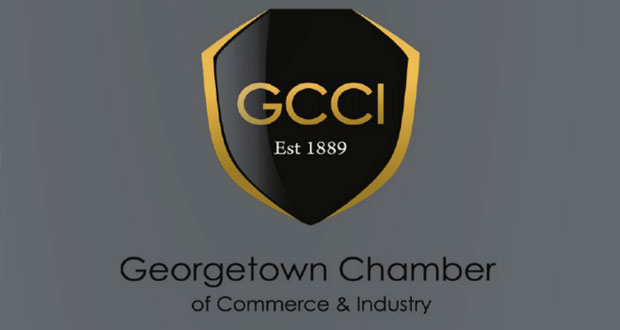 President of the Georgetown Chamber of Commerce and Industry (GCCI) Nicholas Deygoo-Boyer has written Chief Election Officer Keith Lowenfield calling on him to withdraw his report to GECOM which discards over 115,000 votes and purports to award victory to APNU+AFC.

In his letter Deygoo-Boyer warns of grave consequences for the country and Lowenfield if he does not withdraw the report which has sparked local and international consternation.

Lowenfield’s report is contrary to the instructions from GECOM Chair Claudette Singh to use the results of the recount which show a victory for the PPP/C.

Excerpts of the letter from Deygoo-Boyer follows:

We note your Press Release, dated Jun 26, responding to an article in the Stabroek News, and suggesting that you have followed the Constitution of Guyana, Ch 1:01 in the Laws of Guyana.

While its certain from the release that you have read the Section 177 (b) of the Constitution, we wish to call to your attention the third and fourth paragraphs of the Preamble which says, “WE, THE GUYANESE PEOPLE,…Forge a system of governance that promotes concerted efforts and broad based participation in national decision making in order to develop a viable economy and a harmonious community based on democratic values, social justice, fundamental rights and the rule of law.” Further Section 9 reads, “Sovereignty belongs to the people, who exercise it through their representatives and the democratic organs established by or under this Constitution.” You have violated those Sections by taking away the rights, afforded under Section 160 (b) to all citizens, from one hundred and fifteen thousand citizens. The repercussions of your actions will be severe for all businesses in Guyana, indeed for our entire economy and social wellbeing, for our collective future. We therefore take this final opportunity to address your actions.

Mr. Lowenfield, your actions have violated Sections of the Constitution in a deliberate overt act to overthrow the core principle of the Sovereignty of the People and the Electoral System of Proportional Representation. Your reports seek to install a Government that has not been democratically elected by the Will of the People….

Despite all the forgoing Mr. Lowenfield, you may be presented with one final opportunity to redeem yourself. If the Caribbean Court of Justice overrules our Local Court of Appeal’s ruling, and you withdraw your report, then you should submit the correct report, which is in keeping with the Will of the People. The …one you have submitted, if it is allowed to stand, shall have one of the most lasting negative impacts on our society and future generations, as well as your legacy. There is little probability that given all the rhetoric from the International Community, most of whom have stopped using diplomatic nuances and instead are being forthright, that the ….action will be successful. Rest assured that when all of this comes to an inglorious end, you will face the consequences of the law if you dig your heels in to plunge off a cliff with our country in tow; instead you can change course and do the right thing to let our Nation move forward with a genuinely “credible” Election Cycle and heal.