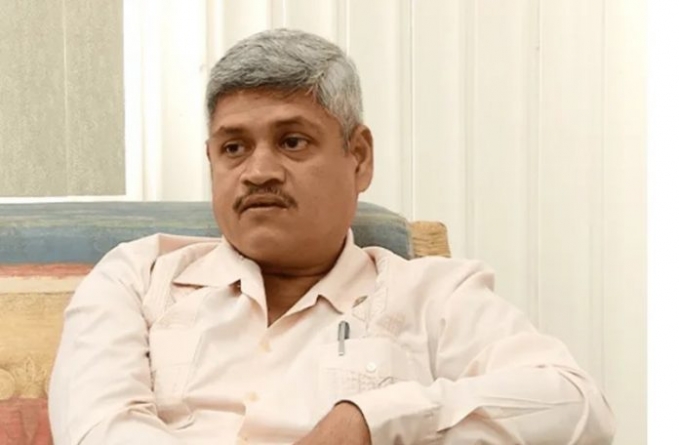 Minister within the Ministry of Public Infrastructure Jaipaul Sharma, has reiterated that the operations of the Guyana Elections Commission (GECOM) are not managed by the government, even as he lauded supporters for remaining calm during this period.
Appearing on Kaieteur Radio’s “election watch” programme, Wednesday evening, Minister Sharma said the coalition government has always had a hands-off approach to the workings of all constitutional bodies and GECOM is no exception.

“The APNU+AFC government will never interfere in the workings of GECOM. You could see this in the action of His Excellency President David Granger when he was asked to remove the appointment of former Chairman Justice James Patterson. This present Chairperson was identified by the leader of the opposition himself,” Sharma stated.

Minister Sharma said what has been clear over the past weeks is the interference of the commission’s work by the political opposition.

“There was an injunction put to prevent the RO from making his declaration of district four. They drowned out his voice. He still made the declaration and then the injunction came. GECOM adhered to the ruling of the Chief Justice and they proceeded with another form of tabulation. They went ahead and used the SOPs and they made a second declaration. They prevented that process from going forward,” Minister Sharma recalled.

None of the declarations made so far by Region Four’s Returning Officer, Clairmont Mingo, have been accepted by the opposition and several litigations have stalled a final declaration of the results.

The Guyana Elections Commission returns to court on Friday, March 20, to respond to another injunction filed by a private citizen, preventing it from moving ahead with a national recount of votes, as agreed upon between President David Granger and opposition leader Bharrat Jagdeo and which would have been overseen by the Caribbean Community.
Minister Sharma said while the opposition has been obstructing the work of GECOM, President Granger has remained silent.

“A lot of supporters are not happy. But he will not take a position because GECOM is independent and so is the court. The constitution guarantees this,” the minister underscored.

In the meantime, supporters remained loyal, Minister Sharma noted. “They kept the peace in the face of extreme provocation.”

He reiterated that the coalition was successful in this year’s polls.