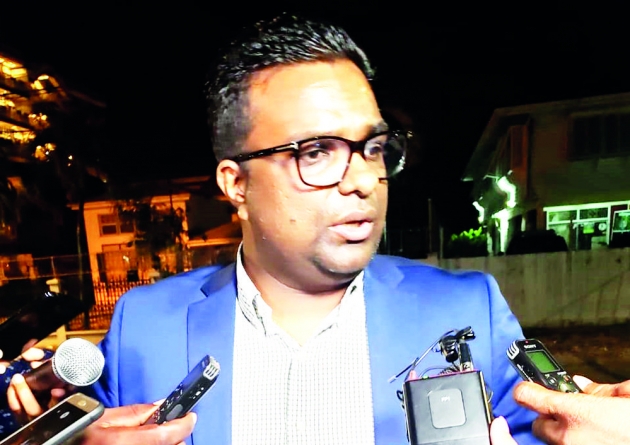 Having initially committed to facilitating a recount of the ballots cast in the March 2020 General and Regional Elections, Chairperson of the Guyana Elections Commission, (ret’d) Justice Claudette Singh, seems to be backflipping on that position, because an Affidavit in Defence was on Wednesday filed on behalf of GECOM, and sworn to by her.

This new affidavit contradicts her initial commitment. However, after being called out on this by one Commissioner, GECOM issued a statement saying that the affidavit has since been withdrawn.
In a statement made on Thursday by Opposition-nominated GECOM Commissioner Sase Gunraj, it was explained that the Chair was named a party in the Ulita Moore matter, which, among other things, is seeking to block the Commission from conducting a national recount, and as such, she has filed her Affidavit of Defence.

However, another Affidavit in Defence, filed on behalf of the Elections Commission, which is also named a party in the matter, differs. In fact, Gunraj noted that it not only diverts from the Chair’s own affidavit, but also from a previous commitment given in the contempt of court proceedings before the Chief Justice, as well as publicly, earlier this month, to facilitate a recount in the event there are unresolved discrepancies during the tabulation process.

In a letter to Justice Singh on March 23, before the affidavit was filed on behalf of GECOM, Gunraj had pointed out that the submissions undermine her previous undertaking.

“Further, the averments contained in that affidavit suborn perjury on your part, as they collide with your position…and as averred in your Affidavit of Defence. This exposes you to proceedings for Contempt of Court, among other penalties,” he added.

Following this statement from the People’s Progressive Party (PPP) Commissioner on Thursday, GECOM indicated that the affidavit in question was incorrectly filed, and has since been withdrawn.
“In an effort to meet strict timelines, an incorrect affidavit was filed on behalf of GECOM (and sworn to by the) Chairperson, Justice Claudette Singh. The affidavit has since been withdrawn and the notice of withdrawal is being served on the Parties,” Public Relations Officer (PRO) of GECOM, Yolanda Ward, said in a brief statement.

Meanwhile, Gunraj’s missive on Thursday further cited the GECOM Chair, along with Chief Elections Officer (CEO) Keith Lowenfield, as acting unilaterally regarding the Ulita Moore case.
The court matter filed by Moore — A Partnership for National Unity/Alliance for Change (APNU/AFC) Candidate —challenges a recount that had been agreed to by Opposition Leader Bharrat Jagdeo and President David Granger, and was being facilitated by Justice Singh.

However, the Opposition Commissioner insisted that there has been no meeting of the Elections Commission to give or approve any instructions regarding the filing of the affidavit in the matter.
Gunraj, with acquiescence of his colleague Commissioners Robeson Benn and Bibi Shadick, has since posed the question: “Is there an alternate Guyana Elections Commission of which I am not a part, or that meets and arrives at decisions?”

According to the PPP Commissioner, GECOM last met as a body on March 17, 2020, and “since then, no discussions were had, and certainly no decisions were taken as a body in relation to the myriad of issues related to the March 2, 2020 General and Regional Elections, including the ongoing litigation.”

He observed that the affidavit filed by Justice Singh in her capacity as Chairperson of GECOM – a named party – was filed by Attorney-at-law Kim Kyte-Thomas, who is representing her in these proceedings.
But the affidavit sworn to by the Chair, which purports to be GECOM’s submission, is again drawn by Kim Kyte-Thomas at the request of the Chairman.

“You would recall that during the Court proceedings of March 20, 2020, I objected to the said Neil Boston, SC entering an appearance on behalf of the Guyana Elections Commission, as the Commission had not met and decided on this matter. Further, the Commission has not done so, up to the present time,” Gunraj intimated in his letter to the GECOM Chair.

According to the Opposition Commissioner, while he did not receive any response to his letter to the GECOM Chair, he later observed that an almost identical affidavit was filed by Kim Kyte-Thomas in Court on behalf of GECOM – the same which has now been withdrawn.

“I wish to make it abundantly clear that there was no meeting or decision of GECOM to retain Kim Kyte-Thomas as Attorney-at-Law for GECOM, neither did GECOM give any instructions for the preparation of that affidavit,” Gunraj contended on Thursday.

Additionally, he outlined that several press releases have purportedly been issued on behalf of GECOM, detailing its position on various issues. However, GECOM has not met since March 17, and therefore these outpourings through media releases do not, and cannot, reflect the official positions of the seven-member Commission.