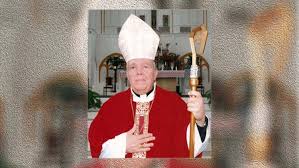 Non-Governmental Organisations (NGOs), social activists and even the Roman Catholic Bishop, Francis Alleyne, have called on the Guyana Elections Commission (GECOM) to fulfill their “legal and statutory” obligations to ensure that a transparent and credible electoral process is held.

Over 600,000 Guyanese were eligible to vote in the March 2, 2020 General and Regional Elections on Monday and there were some 2,339 polling stations across the 10 administrative regions. Nine political parties contested the general elections and 11 in the regional elections.

There has since been civil unrest and political tension following the declaration of results for Region Four (Demerara-Mahaica), on Thursday, by the region’s Returning Officer (RO), Clairmont Mingo. According to those results, the incumbent A Partnership for National Unity and Alliance For Chance (APNU+AFC) Coalition received 136,458 votes and the PPP/C received 77,329 votes.

NGOs such as Read Thread, Child Link, Help and Shelter and a number of social activists including Vidyaratha Kissoon; Akola Thompson; Krysta Bisnauth; Vanda Radzik; Abbyssinian Carto; and Sabine Mcintosh among others, have jointly called for GECOM to conduct a transparent and credible process for counting, recounting and verifying all votes.
“We urge that all relevant processes as set out in the Representation of the People’s Act be carried out in the presence of accredited national, regional and international observers. We condemn in the strongest terms any and all attempts to undermine the electoral process in Guyana,” said the organisations and activists in a joint press statement.

They said Guyanese have fought and struggled for too long to have their fundamental rights to free and fair elections and elections free from fear, “trampled on” in 2020.
“We are alarmed at the acts of intimidation, the threats, and verbal attacks including sexual threats to women and girls, the physical violence, the reports of property invasion by groups, attacks on police officers and schoolchildren and ethnicity-based attacks being reported in several communities,” said the stakeholders, adding that recent reports of the loss of life of one young person, points to escalating violence which must cease immediately.

The stakeholders further said: “We condemn and call on all Guyanese to condemn and refrain from all racial and ethnic slurs and actions, to respect the rule of law and keep the peace. We call on all political parties to abstain from provocative statements, ensure that their supporters do not violate the fundamental rights of any citizen and keep all protest action free from any kind of violence or intimidation.

“We call on the police and security forces to protect the rights of ALL Guyanese and carry out their duties without bias in accordance with the laws of Guyana.”

They called on Guyanese of all ethnicities and from all regions, to resist attempts to promote violence and hostility and to allow the Guyana Police Force to perform its duties. The stakeholders said history has shown, that it is always women, children and the vulnerable, particularly poor women and children, who are most affected when ethnic hostility and violence flare up. “People are dying, people are being wounded, children are being traumatized, property is being destroyed, and the nation is gripped in fear. This is much too high a cost for a national election and for a nation at any time. There are no words strong enough to express the gravity of the situation and the urgency for it to end,” said Bishop Alleyne in a separate statement.

To all accounts, he believes that the way forward for the restoration of peace and hope rests with a small group of persons who have been tasked with managing the whole election process.