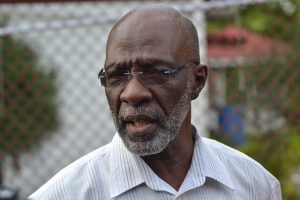 The Guyana Elections Commission (GECOM) is catering to some 90,000 changes of address coming from persons who participated in the house-to-house registration exercise.

This was told the media on Tuesday following the Commission’s statutory meeting. “In the house-to-house exercise, they would have been registering over 370,000 persons. Of those 370,000, it is now evident that 90,000 of those persons would have changed their address at which they would have previously been registered at,” Commissioner Vincent Alexander stated.

Opposition-nominated commissioners have requested a listing of these changes even though Alexander believes that having the data would serve them no purpose. “These persons have been duly registered in a legitimate registration exercise and the opposition keeps calling for information that cannot be acted upon because there’s no basis to act on that information,” he said.

“It is the same question with the 6,000 persons that were not found [from the list of new registrants]. Why were they not found? What would you do if you didn’t find them? They were duly registered in a legitimate registration exercise and there’s no one to say that they haven’t travelled overseas, that they weren’t absent from the home. What will you do if you didn’t find them?”

Opposition-nominated Commissioner, Bibi Shadick, expressed the concern that this list of 90,000 persons has not yet been made public and time is running out for such changes to be verified. “The full list is over 91,000 and they haven’t given us yet. An RLE has to close on the 25th [of January] for the OLE to be up; when are people going to know whether they are making changes that will affect them and their ability to vote,” she questioned. “They’ve promised that they’re going to give us tomorrow at noon; hopefully we will get it.”

Commissioner Robeson Benn added: “We do not have, as yet, a complete listing of those names; it’s still a work in progress we’re told.” In a recent online publication, the People’s Progressive Party/Civic (PPP/C) alleged that “adjustments” were being made to data on the National Register of Registrants Data Base (NRRDB) using unverified information generated from the truncated house-to-house registration exercise.

However, GECOM Chair, Justice (Ret’d) Singh, in a recent exclusive interview with Guyana Chronicle, said the contention lacks merit. It was explained that with the publication of the RLE it was recognised that a number of eligible electors whose addresses and other information were updated during the house-to-house exercise were not reflected on the RLE.

The 2019 house-to-house registration exercise was a legitimate process, according to the High Court. The GECOM Chairman said, in keeping with the National Registration (Residents) Regulations, the Commissioner of National Registration embarked on an administrative process to ensure that electors are placed within their correct divisions for voting.

According to Regulations 37, “If within the period of twenty-one days after he had certified the revised lists, the commissioner is satisfied that any entry or omission in any list as revised pursuant to regulation 35 is incorrect through inadvertence in the course of such revision, he shall make or cause to be made the requisite correction to that list…” Justice Singh explained that if the omissions are not addressed, it could result in electors being displaced and unable to vote at a polling station in their area. Such could result in confusion on Elections Day, the Elections Chairman warned.