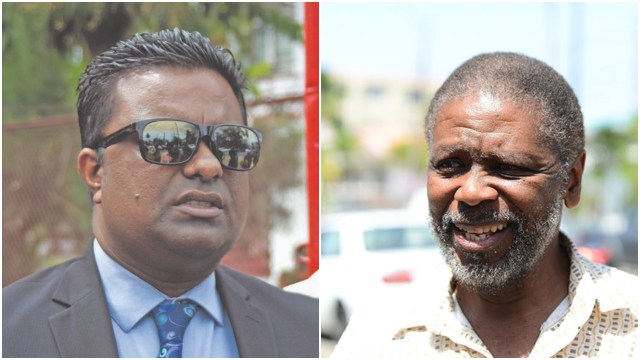 The Guyana Elections Commission (GECOM) is looking to craft regulations which will guide parties that joined their lists on how to allocate seats after the March 2 general and regional elections.

“Normal electoral process will follow before, how it is administered after is the question because the joinder really provide for the votes to be looked at as a collective…

“Here are separate parties with separate representatives with separate Presidential Candidates and so the question of who becomes the picked candidate etc. has to be determined in a manner which is not conflictual and so GECOM has to give some guidelines in this regard,” explained GECOM Commissioner Vincent Alexander.

The New Movement (TNM), A New and United Guyana (ANUG) and the Liberty and Justice Party (LJP) on Sunday announced that they have joined their lists to contest the elections.

This is the first time in history political parties have taken this route. The laws provide for the joinder of lists and it is explained that while each party will be going to the elections separately, their votes will be combined after.

The combined votes they receive will be calculated and go towards the allocation of seats on Regional Democratic Councils and the National Assembly.

Following a meeting at the GECOM headquarters in Kingston, Georgetown on Tuesday, Alexander said this is something new that GECOM is dealing with, however, he assured that all parties will be consulted before the final decisions are made.

“All parties contesting will be a part of the consultation so we have a mutual understanding how we implement,” he said.

Similar comments were made by Opposition nominated Commissioner, Bibi Shadick who noted that “usually it’s the head of the list who identified a person to take a seat but now it is three heads of lists so we don’t know what will happen there but it will be looked at.”

The three parties at a press conference at the weekend said the joinder of the lists will not only make them stronger but will break the racial barriers of voting in Guyana.