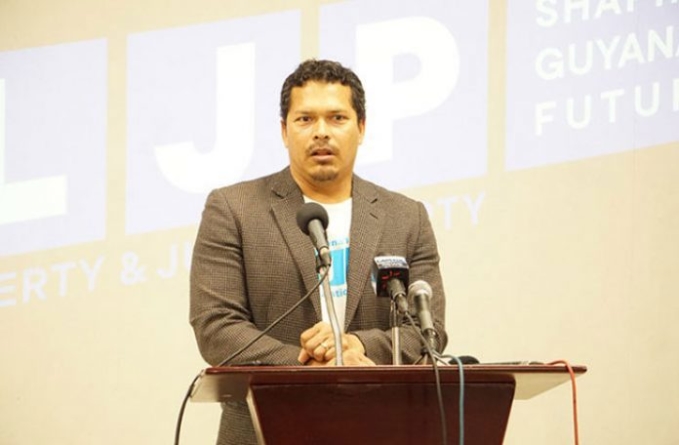 The Guyana Elections Commission (GECOM) has taken the decision to remove candidates of the United Republican Party (URP); the Liberty and Justice Party (LJP) and the People’s Republic Party (PRP) from their respective party’s lists because of their dual citizenship while being signatories to a statutory declaration .

These individuals are presidential candidate of the URP, Dr. Vishnu Bandhu; presidential candidate of the PRP, Dr Valerie Leung and Candidate/Leader of the LJP, Lennox Shuman. “The lists were gazette, but the commission’s decision was that Dr. Bandhu, Mr. Shuman and Mrs. Leung, their names have to be taken off those lists because when they put their names there they were all dual citizens,” Commissioner Bibi Shadick told media operatives following Tuesday’s statutory meeting of the electoral body. 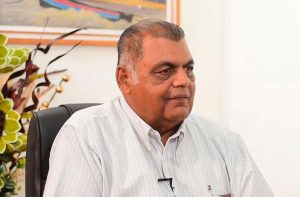 She explained that while the lists were gazetted, corrections will be made to reflect the decision. The same was confirmed by Commissioner Robeson Benn who said that the police have now been notified about the matter. “The police were written or should have been written with respect to these persons who have made false declarations in respect of their dual-citizen status. Mr. Bandhu of the URP did send to the commission through its secretariat information saying that he had renounced his United States citizenship but, unfortunately, that information came to the commission after Nomination Day, so it is not valid for the purposes of the elections as far as we understand,” Benn said, adding: “We have notified the police and it’s for them to take what action they deem as appropriate in the circumstance.”

The statutory form also requested that they “solemnly and sincerely declare” that they are citizens of the Co-operative Republic of Guyana; citizens of Guyana by birth or parentage; residents of Guyana on the date of nomination for election; continuously residing in Guyana for a period of seven years immediately before Election Day and qualified to be elected as a Member of the National Assembly.

According to the Statutory Declaration Act, Chapter 5:09: “Everyone who makes a declaration according to this Act containing any statement false in fact, which he knows or believes to be false or does not believe to be true, shall be guilty of a misdemeanour and shall be liable to imprisonment for one year.”

While Dr. Bandhu is contending that he relinquished his foreign status as of January 16, 2020, Commissioner Vincent Alexander said on Tuesday that the same does not count, as he had signed the Statutory Declaration form on Nominations Day, January 10, 2020. “The situation is that if someone had not made a proper, correct and authentic declaration and at the time of the date for that declaration is in default, then that person is not eligible to be on the list. That’s the principle,” Commissioner Alexander said.

“That application requires a declaration. I would assume that at the time of that declaration you have to be in compliance and the fact of the matter is that all of the evidence show that when signing the declaration Dr. Bandhu was not in compliance.”

However, the URP head is the only one who would had written the commission stating that he was a dual citizen and was in the process of relinquishing same. On the other hand, Shuman, when pressed by the media before handing in his party’s lists on Nomination Day— on which he signed a Statutory Declaration form as candidate — said that he had surrendered all of his documents to the Canadian Government and it was now “for them to deicide.” He claimed that his “citizenship has been renounced,” although he was yet to receive correspondence from the Canadian Government at the time and would therefore remain a citizen of Canada until then.

Shuman, a Guyanese by birth, has had dual citizenship for approximately 28 years. On the Statutory Declaration form signed he would have confirmed that he is aware of the provisions of articles 53 and 155 of the Constitution with respect to the qualifications for election as a Member of the National Assembly. With regards to Dr. Leung, for the most part the media was unaware that she held dual-citizenship status. The PRP – dubbed the ‘pastors party’– was launched in December 2019 and is known for its Christian views on homosexuality, abortion and moral living. Even with the leaders now out of the race, Alexander confirmed that none of the party’s lists have just the exact number of candidates and therefore a single party is not out of the race.