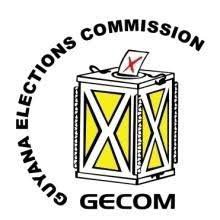 The Guyana Elections Commission on Sunday stated that it is cognizant of the series of events which unfolded since the close of the Polls on March 2 2020 and while it is unfortunate how things have escalated; it is the intention of the Commission to abide by all legal and procedural requirements to conclude its work.

“On Thursday, 5th March, 2020, a mandatory injunction was granted against the Commission and CEO which as a consequence impeded the finalization of the Commission’s work. The recent action of the Chief Election Officer indicating to the Chairperson and Commissioners that his report in the relation to the final declaration was completed was not intended to disregard the Court proceedings but rather apprising the Chairperson of the completion of the document and that she may convene a meeting at her convenience,” the commission in statement to the media posited.

GECOM however, stated that no meeting has been set and it remains resolute in the fulfillment of its constitutional and statutory obligations.