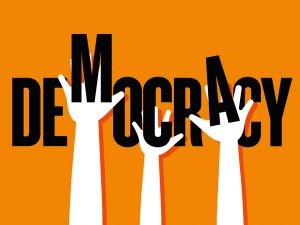 Grounds became fertile for chaos on Thursday and the days that followed when the Returning Officer (RO) for the Guyana Elections Commission (GECOM) Clairmont Mingo, announced results which lacked credibility and verification.
International observer groups, foreign diplomats and Heads of Missions, were quick to highlight that the results were not verified using the process of the Statement of Polls (SOP).

These results that were declared revealed that the APNU + AFC coalition won by an enormous margin and had triumphed in the March 2 General and Regional Elections.
In the aim of transparency, foreign ambassadors, the observer missions, CARICOM Member States, contesting political parties, local and foreign stakeholders, were quick to call for the verification of the tabulation.
Further, these bodies made an appeal for the Leader of the Coalition and incumbent President, Mr. David Granger not be sworn in until that has concluded.

On Friday, Guyana and the international community witnessed what the lack of transparency can do to a society, after protests broke out in West and East Berbice, and West Demerara.
These violent and unnecessary events claimed the life of one young man. Police officers, women and children were harmed during the procedure.

Bruce F.: “What we have here is a case of there being blatant attempts at undermining what should otherwise be a free and fair democratic process. For nine of the 10 regions you followed one process before making your declarations. However for the final region, you stop the count before even reaching 50% of the SOPs and take it upon yourself to declare a winner.
Thousands of people, Guyanese people, have therefore been robbed of their democratic right to choose a party of their liking to lead their nation.

You do this and declare one party the winner. Persons are requesting a recount and you are suddenly unable to be found, unreachable, and unavailable to the public to which you are accountable.
So, now we have thousands being robbed of their democratic right and their representatives being robbed of their legal right to challenge results that were announced without verification.

Should these unverified results (results that all local and international observers have deemed questionable and not credible) be accepted as the results for the 2020 General and Regional Elections, then what we have is not only a breakdown of democracy, but a spit in the face of all Guyanese.

It is at this point that we can no longer call ourselves a democratic nation, as the powers that be, have lost sight of what it means to be not only democratic, but lawful!
If you’re so certain that you have won, why do you so earnestly fight against having the votes counted? If these occurrences do not cement into the minds of every Guyanese just how little they are respected, then I do not know what will.”

Robindra R.: “First, let me say that I am not a member nor have an allegiance to any political party. I consider myself a thinking voter and focus on policies and plans for a better Guyana.
What I have seen over the last few days is indeed a breakdown and death of our fragile democracy. As a matter of fact, this has been the trend over the last two years with the unilateral appointment of a GECOM Chair, failure to honor the No-Confidence Motion, court rulings, and trampling of our constitution, all being the modus operandi for a fraudulent election.
If the Government is so confident that they won the election free and fair why not allowed due process to follow and verify the Statement of Polls (SOP)?

The entire fiasco at the Returning Office at the Region Four office can only be concluded as circumstantial evidence of a rigged election.
These things I see unfolding are those I heard from my grandparents and parents and never thought in my wildest dreams that I would have experienced them, and would have to tell my kids and grandkids as well. I stand for my country and democracy.”

Rehana A.: “It is disappointing that the youths of Guyana had to witness, on live television, as the APNU-AFC re-enacted the stories we heard from our parents and grandparents who support the PPP/C.
Today, a fight for democracy has become a fight against humanity – a fight between the afro and indo communities.
It is a pity that a large percentage of the Guyanese populace is unable to examine the situation intellectually and fairly. Party politics and the greed for power will set us up for doom. I fear we end up like our neighbours in Venezuela.”

Ken S.:“I am very uncomfortable moving forward, provided there were many hiccups coming down to the last bit, where the declaration of the Region Four results are concerned. It seemed as though everything was going smoothly up to that point.
GECOM clearly didn’t handle this election properly at all. It’s very obvious that they need to put their foot down on this and verify the numbers correctly.

I feel that if we continue with what we have now we are in fact straying away from a democracy and leading into a dictatorship era for Guyana. You can be a party loyalist, but the law comes first.”

Today, Chief Justice Roxanne George will rule on whether she can properly hear and determine the case brought before her to block the declaration of the votes from Monday’s polls until the Returning Officer of Region Four, Mr. Clairmont Mingo complies with the legal provisions for the verification of Statements of Poll from his district.