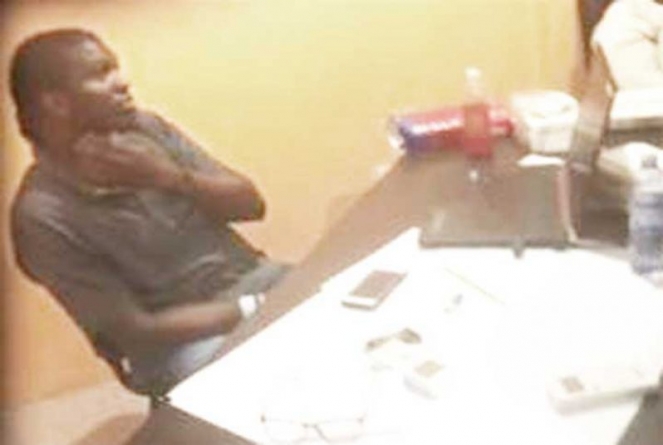 The Guyana Elections Commission (GECOM) IT Technician, Enrique Livan, who was fingered in allegations of fraud surrounding the March 2, 2020 General and Regional Elections, was arrested on Thursday. He is the fifth suspect in custody.
This was confirmed by Crime Chief, Senior Superintendent, Wendell Blanhum.

His arrest occurred days after the Police Force announced that it was launching a comprehensive investigation into reports of electoral fraud as advised by the Director of Public Prosecutions (DPP).

Controversial Returning Officer, Clairmont Mingo and three of his assistants were also recently arrested as investigations continue.
Livan is being represented by Attorney, Eusi Anderson, who is also representing three assistants of the District Four Returning Officer, Clairmont Mingo.
On March 4, during the disrupted tabulations of the District Four count, Livan was questioned by the police after he was accused of abruptly halting the tabulations and secluded himself with a flash drive with GECOM’s information at the Ashmin’s Building,

The following day, Returning Officer Clairmont Mingo made a fraudulent declaration which was eventually overturned by the courts.
Livan was later promoted by Chief Elections Officer, Keith Lowenfield, to perform the duties of a supervisor at one of the stations for District Four during the national vote recount despite protest by political parties.