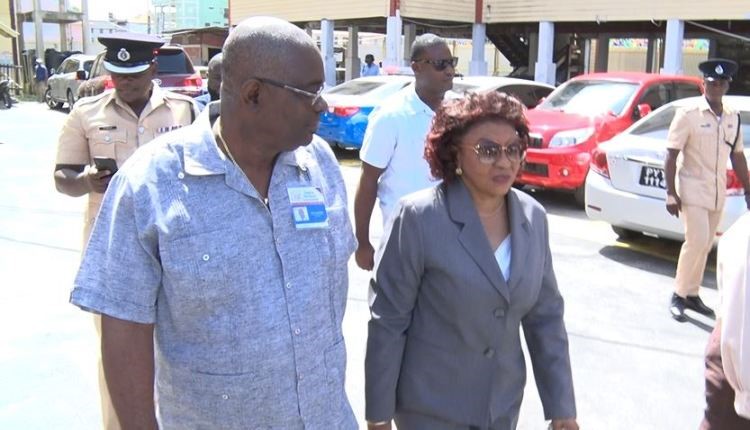 Chairman of the Guyana Elections Commission (GECOM) Justice (Rt’d) Claudette Singh has suspended the tabulation of votes from Guyana’s largest voting district – Region 4, in an effort to have a full understanding of the ruling made by Chief Justice (ag) Roxane George.

The Chief Justice on Wednesday ordered the Returning Officer Clairmont Mingo to return to the credible and transparent tabulation of ballots from Region 4 following an injunction filed by a private citizen last week.

She ruled that the Returning Officer had breached the law in the adding up of Statements of Poll (SOPs) and should return to the process, whether to start afresh or to continue where they left off.

But when the process restarted on Thursday, the RO returned to the use of a spreadsheet which the political parties had objected to last week Thursday.

One of the local election observers, Kit Nascimento told reporters that all observers objected to the use of the spreadsheet again and so the RO left and promised to return with the SOPs but he did not and instead read “from figures he presented a couple days ago.”

Nascimento said observers and party agents continued to protest when the Chairman of GECOM finally arrived.

According to Nascimento, he told the GECOM Chairman “the buck stops with you.”

As such, the GECOM Chairman suspended the process until she receives a written copy of the Chief Justice’s ruling and peruses it.

Nascimento said this was agreed to by all parties.

The Chief Justice in her ruling Wednesday noted that every effort must be made by GECOM to ensure that everyone is satisfied that the process is fair. She added that confidence in the electoral process must be restored.

She said that it was saddening that 19 years after a similar case, she had to restate the words of then Chief Justice Desiree Bernard, that the role of GECOM is to take action to ensure impartiality, fairness and compliance with the law.