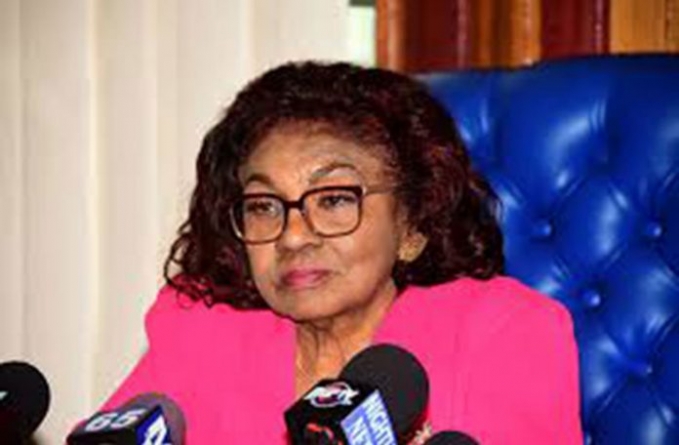 An end to the country’s electoral crisis could be at hand with Justice (rt’d) Claudette Singh, the Chairman of the Guyana Elections Commission (GECOM) taking a crucial decision to set aside the declarations made before the national vote recount started; it means that the only figures that can be used for a declaration of the results of the elections are those generated during the recount.

From the last report he submitted Saturday, it was evident that the Chief Elections Officer Keith Lowenfield used the figures from District Four which were declared on March 13 to prepare his report and give APNU+AFC a win instead of the Opposition People’s Progressive Party (PPP).

But that March 13 declaration is no longer in play. The only figures that now stand are those from the ten certificates of recount which were generated after votes were recounted for each of the electoral districts.

“My understanding is that she did set aside the declarations, as she said this is her decision that the declaration of March 13 cannot be used at this time since they have been replaced by the results of the recount,” Yolanda Ward, Public Relations Officer of GECOM told the News Room Monday following the meeting of the Commission.

The combined totals, as presented by Lowenfield in a report to the Commission on June 13 after the recount, show the PPP winning the elections with 233, 336 votes.

It means therefore that APNU+AFC lost the elections by 24, 512 votes.

It was the GECOM staff, all under the command of Lowenfield, who certified the results for each electoral district when the recount was concluded.

A total of 2, 339 Statements of Recount were produced during the recount; these showed the total amount of votes cast for each party at each polling station.

The figures of valid votes cast for the parties from those Statements of Recount were then added up to get the totals for every district.

Before the signatures for every district, there was a table showing the results of the recount with the words “VALID VOTES CAST FOR EACH PARTY LIST OF CANDIDATES.”

The Caribbean Court of Justice (CCJ) had last Wednesday ruled very clearly that the results from the national vote recount cannot be set aside and must be used to declare the winner of the March 02 elections.

“Unless and until an election court decides otherwise, the votes already counted by the recount process as valid votes are incapable of being declared invalid by any person or authority,” Justice Adrian Saunders, president of the Court, said in a ruling.

The Court then said what should happen when it stated: “It is for GECOM to ensure the CEO submits a report in accordance with its direction of June 16 in order to proceed along the path directed by the laws of Guyana.”

That June 16 direction, which has now been given twice again, is for the Chief Elections Officer Keith Lowenfield to prepare a report based on the results of the recount.

The Court had urged that this be done without delay.

“It is for GECOM to ensure that the election results are swiftly declared in accordance with the Laws of Guyana,” Justice Saunders stated.

Lowenfield has been given until 2 p.m Tuesday to present his elections report using figures from the national vote recount.