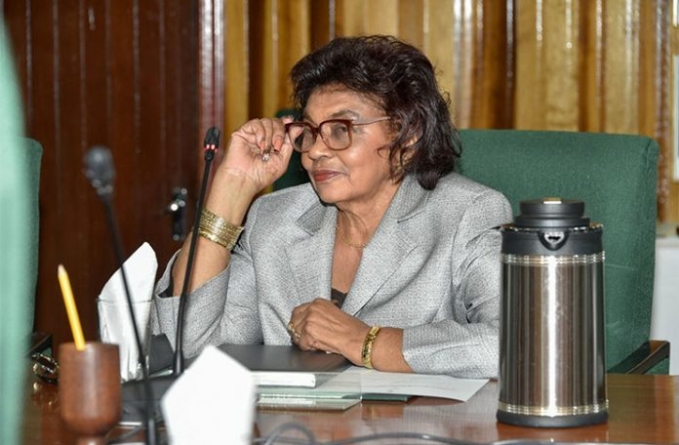 Chair of the Guyana Elections Commission (GECOM), Justice (ret’d) Claudette Singh today said that she anticipated a greater level of compromise by the six GECOM commissioners in agreeing on the next steps when Chief Justice Roxane George rules in a case currently before her seeking the full verification of the results of Region Four.

Justice Singh has been sharply criticised for her own role in the way the results for Region Four have been handled. She has also not addressed the questions that have arisen.

A note from the GECOM Chair, Justice Singh follows:

As Chairperson of the Guyana Elections Commission (GECOM), I would like to express my gratitude to members of the public and the eleven (11) Political Parties that participated in the 2nd March, 2020 General and Regional Elections for their patience and level of sobriety shown, particularly over the past week, while they await the completion of the electoral process.

It is important for all relevant parties and members of the public to note that while GECOM is a Constitutional agency, it is still subjected to the Laws of Guyana; hence the mandatory injunction granted against the Commission and Chief Election Officer on Thursday 5th March, 2020, has affected the finalization of the Commission’s work at this point.

The Guyana Elections Commission, however, is cognizant of the sense of urgency with which the Commission must complete its work, as such, it is anticipated that there will be a greater level of compromise by the six Commissioners in agreeing on the next steps, following the decision of the Chief Justice .