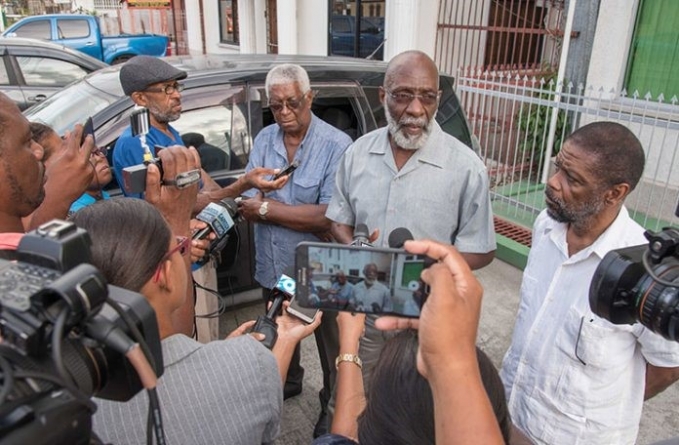 The Guyana Elections Commission (GECOM) will be meeting with officials of the Caribbean Community (CARICOM) to hammer out the modalities for a national recount of the ballots for the country’s administrative regions following the 2020 Regional and General Elections held two Mondays ago.

The commission met on Saturday afternoon to discuss the issue of recounting after several political parties called for a recount of the ballots for the contentious Region Four.

However, some members of the commission were unaware that a CARICOM-brokered decision was made in which President David Granger and Opposition Leader, Bharrat Jagdeo, agreed for a recount of the ballots for each region. During a court hearing on Saturday morning in which the People’s Progressive Party/Civic (PPP/C) sought to block the declaration of results for the elections, the High Court, which was shifted to the Diamond Magistrate’s Court following a fumigation exercise, heard that a statement was released by the Chair of CARICOM on the issue of recounting.

On Saturday afternoon, Government-appointed commissioners of GECOM told reporters that they were still in the dark regarding the statement from CARICOM. It was argued that the two leaders had no statutory authority over the commission.

Later, on Saturday evening, Commissioner Vincent Alexander told reporters that the proposition for a national recount was brought to GECOM for consideration and he noted that the commission was awaiting further clarification from CARICOM on the matter. He said the matter becomes a question for the commission to give consideration to a recount in the context of the controversies which have arisen thus far.

He said initially, when the communication was made by CARICOM, only Region Four seemed under contention. He said the next step would be to clarify and finalsie a decision and make that decision operational. The commission will meet again as soon as the clarification is made by CARICOM.

Opposition-appointed commissioner, Sase Gunraj, noted that the statement from CARICOM was made available on Saturday morning while he was in court. He said it was brought to the attention of the court and there was some difficulty in ascertaining its authenticity. Its merit was later confirmed by the Office of the CARICOM Secretary General.

He said at the meeting on Saturday night at GECOM, there was contention about the statement’s intent. Gunraj said what is agreed to is that the commission will meet with the representatives of CARICOM and the delegation which the body identified.
Earlier on Saturday, the PPP/C made an application to the court seeking to block the declaration of the final results of the 2020 elections.

He said PPP/C candidate, Charles Ramson, through an injunction filed by Nandlall, sought to restrain GECOM from making a final declaration based on the summary of results for Region Four. The tabulations for that region were made on Friday night.

Boston said that the court made it clear that “there is no evidence from this, on which an injunction should be granted,” he said. The matter was deferred to Monday.