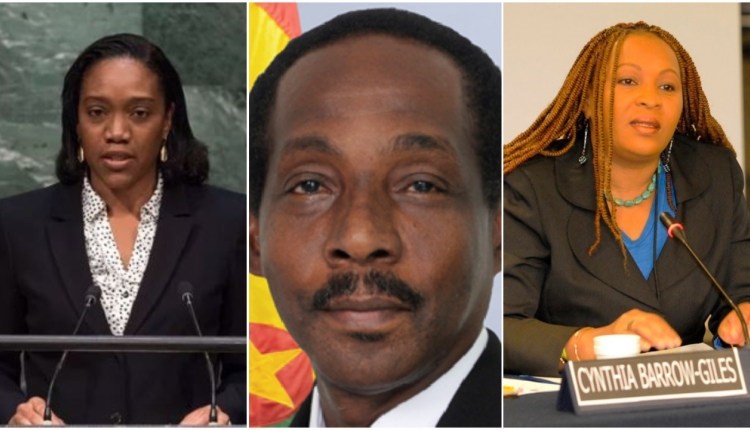 The Guyana Elections Commission (GECOM) Saturday evening decided to await the arrival of the high-level Caribbean team the country’s top political leaders agreed to before deciding on how a national recount of all ballots cast in the March 2 general and regional elections, before deciding on the way forward.

Government-nominated GECOM Commissioner Vincent Alexander suggested to reporters outside of the Kingston Headquarters that the decision of whether to grant requests for recount is out of the hands of Returning Officers.

“This matter is now probably at another level and it becomes a question of the Commission which has ultimate responsibility for the work of GECOM to give consideration to the matter in the context of the evolving controversy,” Alexander said.

Chairman of CARICOM Mia Mottley announced Saturday that both President David Granger and the Leader of the Opposition, Bharrat Jagdeo have agreed that the recount should commence once the CARICOM team is on the ground.

Mr Jagdeo in a statement Saturday night also clarified that the PPP/C has no objection to a recount in any or all of the 10 Regions “as a means of definitively settling the issues surrounding the March 2, 2020, General and Regional Elections.”

He explained that during the meeting with Mottley and other CARICOM Prime Ministers, he made clear that although the statutory deadline for requesting the recount in some of the regions had past, the PPP/C would support a request for a recount in any Region, proving that the ballots are secured.

“We requested, at that meeting, that all the containers be centralized to allow for a watch by all the political parties, GECOM and the election observer missions,” Jagdeo said.

The President’s spokesman Mark Archer was not immediately available to confirm the President’s request to CARICOM for a high-level team to oversee the process.

The President’s office has not issued an official statement saying Mr Granger did invite CARICOM to oversee the recount, but his spokespersons said they believed he had.

The move is being welcomed by many of the small parties who have agitated for a transparent process to produce credible results.

“I think it provides the perfect opportunity for us to receive clear uncorrupted results in these elections,” said Lenox Shuman, leader of the Liberty and Justice Party.

The Citizenship Initiative (TCI) said the CARICOM intervention falls exactly in line with what it has requested, which is a recount supervised by credible arbiters in reasonable public scrutiny.

“We agree that there needs to be a full recount, not just in Region 4, so that at the end of this process, provided that it has been carried out with far greater integrity than Clairmont Mingo’s gross mismanagement, there is going to be closure for all and confidence that the will of the people has been adequately reflected,” said Ruel Johnson, an executive member of TCI.

“We look forward to a clear and unequivocal commitment to this process from both President Granger and Opposition Leader Jagdeo and expect a concomitant commitment, and therefore unanimity, from their representatives on the Commission,” Johnson added.

When declarations were made in the other nine regions, the PPP had won six regions and was ahead by 52,000 votes.

The PPP accused GECOM of rigging the vote count to give the APNU+AFC Coalition victory.

The Region Four vote count has been widely described as fraudulent by western nations and international observers in Guyana and they warned Guyana could face possible isolation and sanctions.