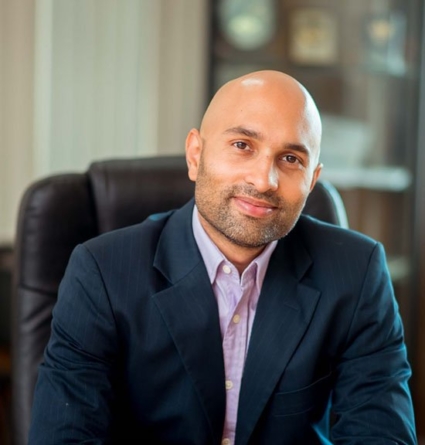 Letter to the Editor:

Justice Claudette Singh, you are one of our nation’s distinguished daughters. You were called to the Bar in London in 1973 and admitted to the Bar in Guyana in 1976. During your many years of service to this country, you served as the Deputy Solicitor General, as a Puisne Judge and as Justice of Appeal.

During your tenure at the Chamber of the Attorney General (AG), you spearheaded the
Modernisation of the Justice Reform Project.

Justice Singh, you also famously presided over the Elections Petition case, which Esther Pereira, in the interest of the People’s National Congress (PNC) party, brought against the Guyana Elections Commission (GECOM) in 1998. In your ruling, you declared that the elections law amendment Act No. 22 of 1997 was ultra vires Articles 59 and 159 of the Guyana Constitution and as a consequence, the said act was null and void.

You also declared that the elections were not conducted in accordance with the provisions of the Representation of the People Act Chapter 1:03 and articles 59 and 159 of the Constitution of Guyana and were therefore unlawful. You ruled unambiguously and did not leave wiggle room for GECOM to defy the law.

It is clear, Justice Singh, that you are no stranger to our electoral laws and our Constitution.

We, under most circumstances, are lucky to have someone of your reputation and caliber at the helm of GECOM. We also recall that you were famously quoted in the January 11th, 2020 edition of Kaieteur News as saying, “I will not sell my integrity for all of the oil in Guyana.”

Sadly, since March 3rd, the country has not witnessed the leadership of which we know you are capable.

Since said date, we have witnessed a number of unusual events. A fictitious bomb threat was made which plainly served the purpose of clearing the room and breaking the chain of custody for the Region 4 Statements of Polls (SOPs); Mr. Mingo hurriedly declared election results for Region 4 after circumventing the lawful process and was subsequently whisked away from the building under heavy police escort; accredited observers and party agents were manhandled by riot police who appeared to be acting under external instructions; GECOM decided to project tabulation results on a makeshift screen which obstructed the view of party agents and observers in a bid to avoid a transparent verification process for Region 4 results; and finally the GECOM hired lawyers who were closely aligned to one of the political parties that contested the elections.

To add insult to injury, in the midst of the chaos that had ensued, a Minister of Government thought it appropriate to disclose on public television that staff of the GECOM had expressed concerns regarding their safety directly to him by passing the command structure at GECOM.

The fact that GECOM’s staff were relaying their concerns to a member of one of the contesting parties and not the Chairperson of GECOM is deeply troubling.

Further the theatrics that transpired at the Arthur Chung Convention Centre (ACCC) as the highlevel CARICOM team, accredited observers and representatives of all political parties (notably, except APNU) gathered and waited peacefully all day for a recount to commence.

After hours of waiting with no update from the GECOM, it became clear that the process would once again be delayed. The nation suffered another disappointment, although you, Justice Singh, had given your word that a transparent and lawful recount of the Region 4 results would be conducted, and you had supported the CARICOM intervention.

There will be enough legal luminaries on Friday morning to explain why a transparent and fair count of Region 4 and all other regions is possible. However, our intent here is to beseech you, a woman of high esteem and regard, to take control and ensure that GECOM delivers transparent and credible election results to the Guyanese electorate.

Justice Singh, you have an intimate knowledge of the Constitution and you know that the only way to have a credible election is for GECOM to undertake a free, fair and transparent process for the tallying of Region 4 results, as well as a complete recount of all other regions if that is the threshold that satisfies the public.

Any political party that has declared victory in these elections should also want to have a transparent recount in order to avoid doubt being casted on their legitimacy.

Justice Singh, your job is not enviable and it cannot be easy, given what you inherited.

However, as Chairperson of the GECOM, you have one supreme purpose – to deliver credible elections.

For this, Justice Singh, the full force of the law is behind you and we at the Georgetown Chamber of Commerce and Industry (GCCI), as spokespeople and representatives of a business community, stand with you and believe that you still can and will do the right thing to honour your sacred role of delivering credible elections.

Justice Singh, you once said that you would not willingly trade your integrity for all of the oil in Guyana, and we must believe that your unwavering conviction still stands.