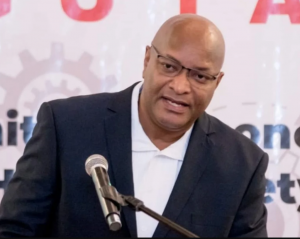 In his column dated November 12, 2020. Freddie Kissoon wrote: “Only a racist would categorize Granger as a competent president.”
This racist statement from Freddie Kissoon is abhorrent and ignoble. Clearly, Dr. Kissoon is speaking to a specific demographic in Guyana, many of whom voted for President Granger and see him as a competent leader. The context in which Freddie uses this appalling statement, leaves no space to doubt that he is referring to a specific group of people as racists – Africans!

More often than not I read Freddie’s daily columns and his proclivity to describe leaders of a certain demographic of the population as stupid, foolish, clowns and failures, cannot be understated.
These are words that were frequently used to refer to Africans throughout slavery and the Jim Crow years. Freddie continues to use these derogatory and demeaning labels in the 21st century, when referring to African-Guyanese leaders. The racist language assault on the consciousness, conscience and cognition of African Guyanese must stop!
Such a flaming racist remark has to be rejected by all Guyanese. Freddie needs to apologize immediately.