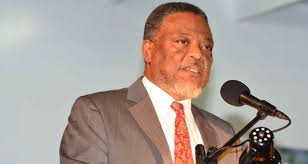 Dear Editor,
For the conspirators and colluders across GECOM and the leadership of the PNCR/APNU/AFC coalition, our 2020 elections was to be a rerun of their 2015 arrangements. Fortunately, those arrangements have been exposed by the anticipation and much greater preparedness of us PPP/C and a greatly changed mood within and without Guyana.
A few nights ago, I passed by the TV and saw Mr Michael Carrington, a former MP of the AFC and two others planting and reinforcing in the minds of their viewers that it was the PPP/C causing all the delays and troubles, in declaring the results of our 2020 elections just as they did in 2015, alleging rigging and blaming and maligning GECOM.

On Saturday, March 21, our Guyana Chronicle led on its front page, “Stop attacking GECOM”: Don’t attack GECOM when we all know that Mr Clairmont Mingo the RO (Returning Officer) for District (Region) Four, even after very explicit orders from the Chief Justice to display each SoP (Statement of Poll) full square, as its results were to be read and entered faithfully into the spreadsheet, was still seeking ways to subvert and frustrate those orders; and after a pause of enough hours, GECOM shifted the process from the Ashmins building to its Head Office where it had prepared a place for a most bizarre farce, projecting parts of altered SoPs unto a purposed makeshift screen to which no one was allowed to draw near enough. Don’t attack GECOM!? Mr Mingo and many others in GECOM must be blamed for being willing tools in a cabal that undoubtedly included a number of the leadership elite of the PNCR/APNU/AFC coalition and their operatives.

Mr Carrington’s words kept jolting my memory. Recall that in 2015 (as now in 2020), going against all expectation and with no explanation, the declaration of the election results for District Four was greatly lagging the declarations from the other nine, more distant districts. Someone (whom I haven’t ever recalled) telephoned me to say, “Eh, eh: like you all PPP/C win again by 1400 votes.” However, instead, the official declaration for District Four some 18 hours later gave the APNU/AFC coalition an overall win of less than 5000 votes. My caller could have been mistaken or I could have heard and remembered wrong. I have never before mentioned that call.

That was private: but in the public domain, recall that we PPP/C had spotted and sought to draw attention to about 4 boxes wherein the spreadsheet tabulation, the much larger vote for the PPP/C had been switched with the much smaller number for the APNU/AFC coalition – a clever move which keeps undisturbed the reconciliation of the ballots provided and doesn’t risk that the number of persons claimed to have voted, would exceed the number of persons listed in the OLE (Official List of Electors). There were other problems – bogus SoPs had been spotted, and so on. Our people raised these discrepancies early next morning with GECOM, and received a commitment to have the six boxes we indicated, checked as a sample, which might have led to a decision to recheck all the boxes for District Four. But in the evening, GECOM denied us the sample recheck and we had to satisfy ourselves with filing an election petition which has been languishing to this day in our courts and will stay that way.

What was different in our May 11, 2015 election? We did not in 2015 anticipate and were not prepared for such skulduggery. But most of all, the mood all-around within and without our country was quite different, as is reflected in the “Future Notes” Column of Dr Henry Jeffrey in the Stabroek News of Wednesday, May 27, 2015, (16 days after the elections) entitled “Dear PPP: No One Cares”. No one cared about those indications of rigging. Public opinion then was in no mood to entertain our after-the-fact complaints.

In 2015 there were strong sentiments that win or lose it was time for the APNU/AFC to have a go at the batting, and show what they could do sitting in the seats of Government. It was only fair: the PPP/C had been at the wicket monopolising the batting since 1992. Some have argued also that a sixth successive PPP/C win in 2015 with such a small margin (1400?) would have been followed in our Guyana, by events much worse than those which followed the second successive PPP/C win of December 1997. (It is remarkable how repeatedly, the PPP later the PPP/C, is expected to forego and pay the price of avoiding a conflagration in Guyana and for keeping our country whole).

It was with feelings of great hurt and sadness that we PPP/C accommodated ourselves to the questionable loss in 2015 – we accommodated and made the best of it. It was not the end of the world. We began even then, preparing for 2020, much more thoroughly, strongly and completely, with heightened vigilance, awareness and suspicion so much so that at times some would have accused us of paranoia.

We, PPP/C, have been in the field and out of Office over the last five years – we did not do badly. It might have even been a blessing in disguise:
– Guyanese, and indeed the world, have had an opportunity to compare the priorities, budgeting preferences, style, performance and achievements of the PPP/C in office, with that of the APNU/AFC coalition. I believe we came out much ahead.
– Our successes in bringing back Guyana from where it was in 1992, bringing all our people and country to some new level of prosperity had at the same time taken us beyond the simple, lean puritan lifestyle of Cheddi Jagan which our whole country knew and understood. A period in retreat and reflection would have brought us securely back to the ground.
– We shed the dross of 23 years of incumbency and are now in 2020 recharged and refreshed with many new and young Guyanese enlisting themselves: all of us eager to serve our people and country in the Offices of Government.
– The charges of widespread, pervasive, systemic corruption have been shown to be of little substance. Former President, Mr Donald Ramotar has been vindicated in his saying that we PPP/C were humans (and Guyanese at that) and whilst it was likely that there had been some amount of corruption (instances of allegations would have to be investigated to establish the substance in each) even so, the allegations were grossly exaggerated.

Fortunately for us PPP/C and indeed for all Guyanese and Guyana, 2020 has not been 2015. We had been alerted to rigging. We would have been reminded, if we needed reminding, by Dr Henry Jeffrey’s “Future Notes” Column in Stabroek News of July 15, 2019, entitled “Elections Commissions and Rigging”, of the notion that the road to rigging these days, is to capture the machinery of the Elections Commission. In 2020, we have been vigilant enough to spot and shine the light on rigging as it was occurring.

Fortunately too, the mood of public opinion now in 2020, is quite different. The PNCR/APNU/AFC having entered the seats of Government soon began destroying their “darling” appeal with their actions and in their manoeuvring since the just and successful NCM of December 2018, their many appalling distortions in their readings and interpretations of our laws and various court rulings disrobed them of their claims of great credibility, honesty, decency and integrity.

We can imagine their chagrin that they have not been able to pull off in 2020 what they did in 2015!
Where do we, where does Guyana go from here? There must be a true declaration of the results for District Four and then for our country as a whole. For me, the time for being bashful is long past – our (PPP/C) copies from GECOM’s books of multiple copies of the SoP for each ballot box give us 34 seats (anyone can check by concluding the tabulation of votes cast in District Four utilising the images of the SoPs which we uploaded to the internet).

In recent weeks, many Guyanese have affirmed properly, that we could not move forward on the subverted results of the purported declaration of Mr Mingo; and our General Secretary has repeated the position, that having concluded Elections 2020, citizens would be called upon to discuss and consider possible arrangements for our better governance.

We Guyanese may yet be approaching our moment of truth and reconciliation.