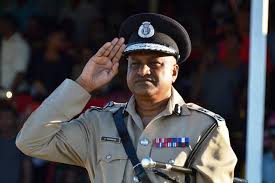 Former Commissioner of Police Seelall Persaud has decried the conduct of law enforcers this week at the Arthur Chung Convention Centre and urged members of the Guyana Police Force to maintain professionalism in executing their duties.

Persaud made his appeal in an open letter he addressed to the force which was disseminated yesterday.

“As I make this appeal to you, I would like you to know that I am not a member of any political party. My service in the Guyana Police Force for over thirty three years has been nothing but professional and during that time I strived to uphold and maintain the highest values and standards of a professional Police Force which includes staying away from political activism and sentiments,” he said.