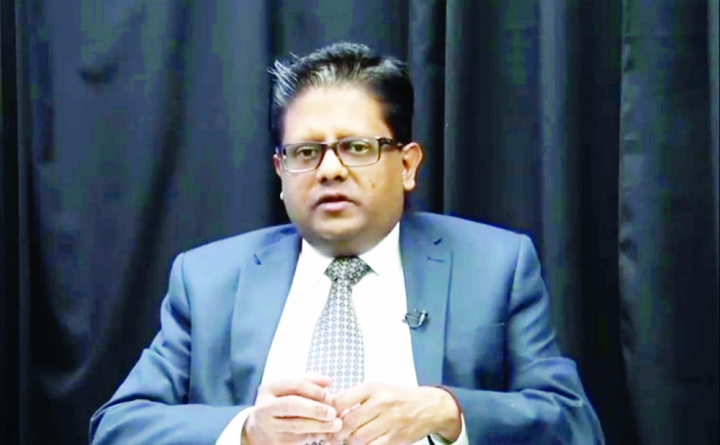 The People’s Progressive Party/Civic (PPP/C) Government has initiated the formal process for the commencement of preparation for Budget 2021, according to Senior Minister in the Office of the President with responsibility for Finance, Dr Ashni Singh.

During a recent appearance on a Department of Public Information (DPI) broadcast programme “The Progress Report”, Dr Singh disclosed that his Ministry had sent out the budget circular instructing the various Ministries to start preparing their budgets and have them submitted to the soonest.
“Of course, Ministries have been doing preliminary works and considering their strategic priorities and so on. But the formal budget circular [was sent out] and immediately after it goes out, work across Government will immediately step up to accelerate preparation of the budget… So that work will immediately start, in earnest, from [this] week,” he posited.

According to the Finance Minister, next year’s budget will be significant since it will be the first full-year budget that the current Irfaan Ali-led Administration will present.
“It’s going to be the first budget of this Government’s current term in office so it’s going to outline our medium and long-term vision. It’s going to include a number of the important initiatives that we see as critical to realising the modern Guyana that will be unfolding over the course of the next few years,” he stated.

Dr Singh further noted that given the substantial nature of Budget 2021, it is going to involve quite a lot of work. However, he pointed out that President Ali has given a clear mandate to his Cabinet that the various Ministries must do all that is necessary to ensure they prepare their budgets in a timely manner so that the budget can be completed and presented early next year to allow for implementation as early as possible.
At the level of his Ministry, the Finance Minister revealed that they are currently working out the prospects for the economy, and accessing and finetuning their estimates of growth for next year.
Within a month after taking office, the PPP/C Government prepared and presented a $329.5 billion emergency budget for the remainder of the 2020 fiscal year in September.
According to Dr Singh, Government has been moving apace to implement those initiatives, projects and policies.

“Where it’s a policy, we are ensuring that that policy is implemented and for the various projects that were included in the budget, we’ve been working very hard. I’ve been meeting with my staff, I’ve been meeting with the very large Ministries and the various sectors to ensure that they proceed with implementation as fast as possible. Quite a lot of progress was made; most of them already implemented,” he said.
The Minister noted that what remains is mainly the execution of the various projects and he has been imploring and emphasising to his Cabinet colleagues to proceed with those projects.

“The President has been very clear that he wants all the projects executed in a timely manner. With the mandate that has been given to me and the rest of my colleagues, I’ve been working with the various Ministries to ensure that they proceed as quickly as possible and in the timeliest manner,” he noted.
Dr Singh, who also served as Finance Minister in the last PPP/C regime, contended that there is a lot of good and sound basis for optimism in Guyana’s future.

“President Ali has outlined a very exciting vision for Guyana and he has charged me and he has charged the rest of his Cabinet to ensure that that vision is realised, and we have gone about it with a sense of great urgency as you can see. With a fair degree of certainty, I can say to you that the Guyana of tomorrow, that is, the next five or 10 years down the road, will virtually be unrecognisable from the Guyana today in a remarkably positive way,” he posited.

The Finance Minister noted that his Government is committed to implementing a sound policy framework for Guyana’s development and to attract large foreign investors – something which has already started. In the same breath, he said the PPP/C is also committed to ensuring that the local Private Sector expands and grows, and improves its competitiveness and ability to operate in the impending new and “incredibly exciting economic landscape.”
Most important of these, however, is the Government’s commitment to ensure that the life of every single Guyanese is improved in a “tangible and demonstrable” way.