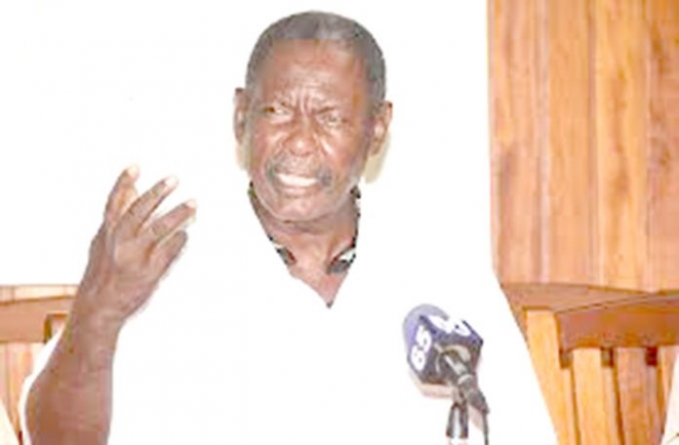 Veteran Trade Unionist and General Secretary of the Guyana Trades Union Congress (GTUC), Lincoln Lewis, said the legal proceedings filed by supporters of both the People’s Progressive Party/Civic (PPP/C) and the A Partnership for National Unity + Alliance for Change (APNU+AFC) demonstrate their commitment to operate within the Laws of Guyana and should be respected.

On March 5, 2020, a private citizen, Reeaz Holladar, on behalf of the PPP/C, filed an injunction blocking the declaration of the results for the March 2 General and Regional Elections on the basis that the tabulation process employed by the Region Four Returning Officer, Clairmont Mingo, was inconsistent with the Section 84 of Representation of the People Act. Chief Justice (ag), Roxane George-Wiltshire, after establishing that the High Court had jurisdiction to hear the case, on March 11, 2020, ruled that Mingo breached Section 84 of the Act when he failed to tabulate the votes for District 4 in the presence of persons entitled to be present, such as party agents and observers. However, the next day (March 12), Holladar filed Contempt of Court proceedings after alleging that Mingo did not adhere to the orders of the court.

During the Contempt of Court proceedings on March 13, the Chief Justice offered greater clarity to her ruling, and the parties involved had agreed to move the process forward. But while Mingo declared the votes for District Four on the night of March 13, the PPP/C again alleged that the process was flawed. By March 14, the Caribbean Community (CARICOM) intervened with both President David Granger and Leader of the Opposition Bharrat Jagdeo agreeing to have a national recount done under the supervision of a high-level CARICOM team, but even as the Guyana Elections Commission (GECOM) was preparing for the recount on March 17, it was served with another injunction, this time from an APNU+AFC supporter. The matter will come up today in the High Court.

“This is not for us to be proud of but neither is it a shame. What it demonstrates is a commitment by both parties to operate in a lawful manner since both parties are entitled to their respective cases being heard in a court of law. That of itself is a win for democracy and we must all be proud even as we anxiously await the end,” Lewis said in a statement on Wednesday.

He said when law and order trumps individual, partisan and lobbying interest, Guyana wins. As such he is calling on all parties concerned to respect the right of both parties to exercise all legal means such as injunctions filed on their behalf.
While applauding the efforts of CARICOM to assist Guyana during this process, Lewis opined that CARICOM Chairperson and Prime Minister of Barbados, Mia Mottley, as a member of the legal fraternity, and other CARICOM leaders, would appreciate the legal process being upheld.

“In the process of this legal pursuit which every party is entitled to as a means of adjudicating their grievances, GTUC asks this nation and our political leaders to lend full support to our judiciary in its deliberations,” he urged Guyanese.

He said GTUC has taken note of GECOM’s Chair, Justice (Ret’d) Claudette Singh repeated commitment to execute the electoral process in accordance with the Constitution and the Laws of Guyana. Lewis said it was in keeping with that commitment that GECOM, on Tuesday, in an effort to facilitate a recount in a duly constituted and legal manner sought the advice on the “legal ramifications” from Chief Parliamentary Counsel, Charles Fung-A-Fatt-S.C. Fung-A-Fatt had advised against issuing an order in favour of the recount.
Such advice, Lewis emphasized, was necessary. He noted too that PPP/C Representative Attorney-at-law Anil Nandlall’s push for the recount to be done conflicts with the advice by the Chief Parliamentary Counsel.

Chief Parliamentary Counsel, Charles Fung-A-Fatt-S.C advised that: “The provision that the Order is seeking to make has the effect of amending Section 84 of the Representation of the People Act and would therefore be ex post facto. And that passing the order would be making a retrospective law and that would affect the vested rights of a person under the Representation of the People Act.”

He added: “An Order cannot be made under this provision because any instructions or action that the commission takes must be in compliance with the Act. This provision empowers the commission to act administratively through an interpretation of the law as it now stands and does not empower the commission in a law-making capacity to modify the law”

Lewis said the nation ought to remember that the Chief Elections Officer (CEO), Keith Lowenfield, sought to implement an administrative solution that could have prevented the current situation when he suggested that parties equip themselves with their Statements of Poll during the tabulation exercise.

Nonetheless, as the High Court prepares to adjudicate over the legal proceedings filed by an APNU+AFC supporter, Lewis said Guyanese should exercise patience. “Sacrificing Guyana’s peace and stability is not a price that any political party should ask our people to pay. It is not a price that any individual should seek to pay given that parties we all represent have access to the Law Courts and peaceful resolution. As a people we must condemn political efforts from any quarter to derail or discredit the judicial system and process to arrive at a resolution,” he said.

He posited that those who proclaim ‘uprightness’ and ‘decency’ should be held to the standards they project. They must respect the laws and call on all parties to follow its mandate. “Anyone seeking extra judicial means whether peaceful or otherwise, to resolve our difference cannot be committed to democratic practices, though they may voice this. People of Guyana let us not be fooled,” Lewis said.

The Veteran Trade Unionist maintained that a fight for democracy is about having the election conducted and concluded within the parameters of the laws.