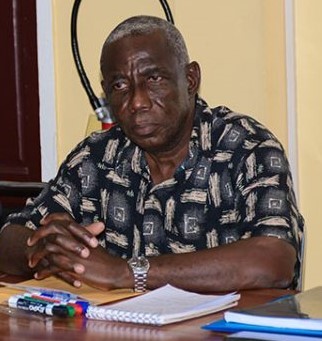 In a process that has been widely condemned as fraudulent, the vote count for Region Four, using fictitious numbers and blurred statements no one could see, was declared Friday night, paving the way for the swearing-in of President David Granger under the veil of possible isolation and sanctions by the international community.

The Returning Officer of District Four, Clairmont Mingo was whisked away by a party of Policeman even before anyone could request a recount; the parties have until 12 noon Saturday to request the recount.

The vote count for Region Four, as declared by Mingo, is likely to give the Coalition a one-seat majority.

“The process was unlawful and in clear violation of the order of court,” said Sase Gunraj, one of the Commissioners of the Guyana Elections Commission (GECOM), the body that was responsible for managing the elections under retired judge Claudette Singh.

“The process was deeply flawed and in my opinion Guyana has been set back years in terms of race relations,” said Rhonda Lam, presidential candidate of The Citizenship Initiative who witnessed the entire process.

The High Court had ordered Mingo to use the original Statements of Poll from the Region to add up the votes cast for each party and to display those Statements so party agents and others could see them. But this did not take place, according to those on the ground.

The Chair of the Commission, Justice Singh, had declared that the ruling of the court would be complied with.

“The Statements of Poll were scanned and projected on the stained bed sheet/cardboard contraption that served as a screen.

“The Statements of Poll were evidently tampered with. 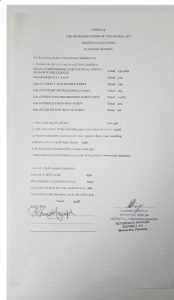 “There were visible alterations…figures changed, numbers scratched out and replaced,” said Gunraj.

The votes for parties in Region Four were officially declared showing a win for the APNU+AFC with 130, 289 votes at the regional elections and 136,057 votes in the general elections.

The media was invited to the declaration at 22:50hrs by the Public Relations Officer Yolanda Ward who assured that security personnel were briefed to allow the media access but upon arrival at the Kingston location, media workers were prevented from entering by supporters of the APNU+AFC.

The supporters formed a human barricade at the Main and Lamaha street entrance and shouted: “No media.”

The reporters were verbally attacked and barred from entering beyond the Police barricades while one reporter from the Kaieteur News was almost physically attacked.

The supporters also chased away a Carter Center observer earlier in the evening who tried enter GECOM’s headquarters to observe the process as the Police officers present there refuse to offer any assistance.

The declaration, which was subsequently released by Ward, revealed that the PPP received 74,877 votes at the Regional level followed by Change Guyana with 914 votes, Liberty and Justice Party with 752 votes, Organisation for Victory of the People with 125 votes and the United Republican Party with 98 votes.

At the general level, it was noted that the PPP/C received 77,231 votes followed by A New and United Guyana with 1,387 votes, Change Guyana with 919 votes, Liberty and Justice Party with 761 votes, The Citizenship Initiative with 463 votes, The New Movement with 128 and the United Republican party with 90 votes.

International governments, including the U.S., UK, Canada, and the EU, along with observers from the Commonwealth, the OAS, the EU, the Carter Center and CARICOM, have all said that if the verification of the Region Four Statements of Poll are not completed, the elections results would not be credible.