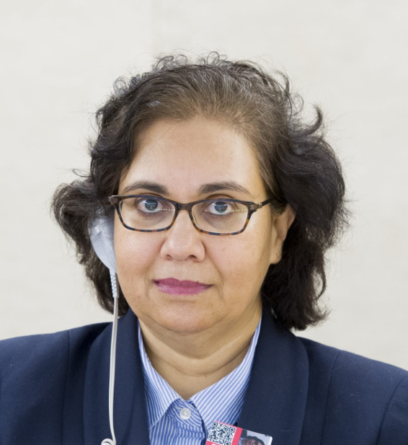 The economic pressures brought on by the COVID-19 pandemic as well as the backlash it received over the years for concealing how its products contribute to climate change have left American multinational ExxonMobil in a financial quagmire. Just recently, CNN Business reported that the company has had US$184B wiped off its market valuation since its 2014 peak, and less than a week ago, it was kicked off the Dow Jones Industrial Average. Dow Jones, or simply the Dow, is a stock market index that measures the stock performance of 30 large companies listed on stock exchanges in the United States. Exxon is no longer part of that elite club.

When one takes the foregoing factors into consideration, International Lawyer, Melinda Janki believes that the recent comments by ExxonMobil Guyana’s President, Alistair Routledge, to the effect that it can take its investment elsewhere if it does not get its way with the Payara Field Development Plan (FDP) are “utter rubbish”. The lawyer posited that ExxonMobil is financially weak and desperately needs Guyana to improve its standing.

With respect to the threat by Routledge to take the investment elsewhere, Janki said, “Guyana is a sovereign state. We are a sovereign people. We control our resources. ExxonMobil on the other hand can’t produce oil safely, won’t obey the Environmental Protection Agency (EPA), and has shown total disrespect for the state and for the people of Guyana. The Government must shut them down and start over.”

She added, “Under our Constitution, and in a true democracy, sovereignty rests with the people. The government exercises that sovereignty on our behalf. The Guyanese people have raised very serious and fundamental questions about what this grossly exploitative (Stabroek Block) deal means for our resources and the future of this country. Exxon needs to provide answers.”

Janki stated that, at the end of the day, Guyana should not accept any more false promises of wealth from a company that was just booted out of the Dow, that has lost US$184B in value in less than six years, whose share price has dropped from US$95 to US$40 in four years, and which desperately needs approval for its third well project here, called Payara. The lawyer said that the reality of the day is that ExxonMobil is the one who needs Guyana and not the other way around.

Almost a week ago, Kaieteur News would have reported that one of the critical issues stymieing the approval process for Payara is ExxonMobil’s desire to retain the loopholes it got in the Liza One and Two permits which allow for flaring. The other matter of concern pertains to the dumping of produced water into the ocean. When oil companies drill the sea floor to extract oil, it is not only oil that comes up with it; water is part of the mixture too. As a result of it not being needed, it is separated and disposed of.

The critical issue is how that disposal is being done. International best practices dictate that this produced water should be re-injected into the earth’s surface. Research conducted by Kaieteur News notes that in some cases, the produced water is discharged into oceans and other offshore water channels. Because no two geographic regions are alike, studies are done to assess the environmental risks of the produced water’s toxicity on marine life before granting approval for the disposal of it into the ocean.

In Guyana’s case, not a single study was done for the Liza Phase One or Two projects. Still, Guyana went full steam ahead with approving the permits for those projects, which allow for the disposal of produced water into the ocean.

Recognizing the grave mistake made in this regard, the Environmental Protection Agency (EPA), which is headed by Dr. Vincent Adams, wants ExxonMobil to put systems in place for the re-injection of the produced water for the Payara project.
Kaieteur News was able to confirm with key officials close to the project that ExxonMobil is not pleased about this request and has rejected it.

Dr. Adams, who has been instructed to proceed on more than 120 days leave, had noted in an interview with this paper that he is not a proponent for the dumping of produced water into the ocean. He said that the Liza Destiny vessel is already dumping 4,000 barrels of produced water daily and in about six years, it will get to about 300,000 barrels.

Dr. Adams said, “I have worked in the oil fields as a Production and Reservoir engineer and we injected every single drop of water. If you are onshore, the water would obviously have to be re-injected. Also, the World Bank has made it clear that you should only dispose of produced water into the ocean when it is not technically feasible [to re-inject].”
In ExxonMobil’s case, Dr. Adams said, it is more than feasible.