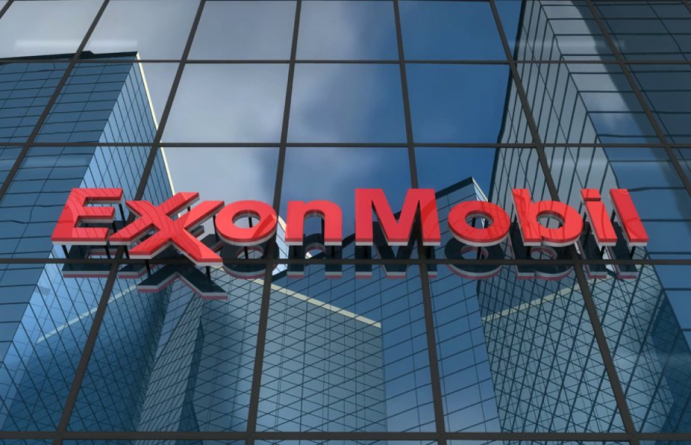 ExxonMobil has struck oil in the Kaieteur Block’s Tanager-1 well, which its co-venturer said is likely a non-commercial find yet, Guyana will have to foot the hefty bill for the drilling of this hole. It is noted to be the deepest prospect ever drilled by the oil major offshore Guyana, and ultra-deepwater prospects tend to be the most expensive in offshore drilling.

Notably, this is one of the two oil blocks, alongside Canje, which was given away by former President Donald Ramotar just days before the 2015 general and regional elections. The unqualified companies paid Guyana nothing for the blocks, and were awarded with generous terms.
The Kaieteur Block contract allows the contractor to recover costs incurred from its exploration.
Article 2.1 of Annex C (Accounting Procedure) states, “Exploration costs are all direct and allocated indirect expenditures incurred in the search for Petroleum in an area which is or was, at the time when such costs were incurred, in the Contract Area…”

These include seismic and other surveys and studies, core hole drilling and water well drilling, labour materials and equipment used in drilling exploration and appraisal wells, general and administrative costs, annual overhead charges allocated to exploration costs, and any other contract costs incurred in the search for and appraisal of petroleum after the effective date of the contract.
Drilling at Tanager-1 started on August 11, 2020 using the Stena Carron drillship. The discovery confirmed 16 metres of net oil pay in high-quality sandstone reservoirs. The find was first announced by Westmount Energy, an investment firm with an indirect stake in the Kaieteur Block. Westmount said that the find of 16 metres of net oil pay has so far been interpreted to be heavier oil than the oil found in the Liza Phase I producing field of the Stabroek block. This means that the oil has a higher density than Liza crude.

Westmount anticipates that the well is likely to be plugged up and abandoned in the coming days. This may be because of the reported size of the find and its higher density compared to the Liza Phase One project.
The current seismic model, which informed the decision to drill Tanager-1 first, has identified eight other prospects with varying likelihoods of success. Tanager-1 had been adjudged the most likely well to yield a commercial discovery. The co-venturers started exploration, anticipating that the block would have 2.1 billion barrels of oil across these prospects.

There are several other prospects in the Kaieteur Block to be drilled. However, the quality of this discovery changes a lot, since it did not yield the kind of find they expected. ExxonMobil and its Kaieteur Block partners are expected to further analyse the details of the Tanager-1 find to determine how it will impact prior analyses of the basin, and in so doing, drilling of other wells.

The International Monetary Fund (IMF), years ago, pointed to the need for Guyana to review its rules for cost recovery but subsequent administrations have shown little to no political will to enforce the rules as they stand, by auditing and scrutinizing all of the costs being claimed for recovery.
Each well drilled adds more and more to the billions of US dollars in expenses oil companies are racking up to fund their offshore operations. The more those bills go up, the lower Guyana’s profits are from the sale of its crude. Guyana has a small window to scrutinize and challenge the costs being claimed by oil companies. In the case of the Kaieteur Block, the accounting procedure in Annex C states that Guyana’s right to audit and inspect the contractor’s accounts and records for any particular calendar year extends only “within two (2) years from the end of each such Year.”

Oil companies have, over the years, drilled wells in the Stabroek, Kaieteur, Orinduik, and other licences. The only cost that the government is actually working on scrutinizing is that of the US$460M pre-contract costs from the Stabroek Block agreement. It has taken almost a year for the UK firm, IHS Markit to conduct this audit. So far, the newly-elected Irfaan Ali administration has shown no interest in scrutinizing these costs at a pace that will allow Guyana to legally challenge them.

ExxonMobil intends to start drilling soon in the third block it operates, the Canje Block. Its first well is anticipated to hold about 500 million barrels. The prospect is being termed a ‘Liza look-alike’. Whether or not this anticipated drilling yields a commercial find, Guyana will have to foot the bill.