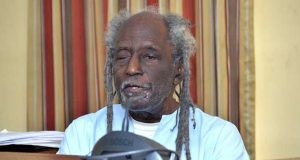 I am replying to one or two questions put to Brother Moses Bhagwan and me by the columnist, Mr. Freddie Kissoon, in a publication in Kaieteur News dated March 13, 2020 and I am copying this letter to him. I am replying alone without consultation, because although we have issued a joint appeal in relation to Guyana’s future, what we thought and did over the last decade was done as two individuals. Mr. Kissoon’s question is: why did I not, after the 2015 Elections, when the Coalition won with a one-seat minority, raise the issue of power-sharing? I welcome the question and I am answering it on my own for a reason that my answer will make clear to readers.

My own relationship to the issue of power-sharing goes back to 1961, as can be verified on the internet by a search of Guyana Chronicle of July 21, 1961. That publication carried a statement with my signature made on behalf of a small group. Guyanese scholars have found that it was the first recommendation for power-sharing in the post-colonial world. This is why I have not involved my colleague, Moses Bhagwan, in this answer. I have and acknowledge my own baggage.

In 2011, a week or so after the General Elections of that year, my wife and I came home to Guyana for my younger brother’s funeral. During my stay, a newspaper journalist, asked me for an interview on the Elections just held. The results were so close between the two main contenders that President Ramotar, could write recently (2019) that he had a one-seat minority in the Parliament. In my newspaper interview, I argued that, from my point of view, the people had at last put an end to all the arguments of many of us and voted for a national Government. There were objections that it would be necessary to amend the Constitution to permit such a Government from being assembled. I had to point out that the existing Constitution empowered the President to “appoint Ministers from among the members of the National Assembly”. For reasons best known to them, the winners of the 2011 elections did not see the need to appoint a national all-party Government. In the words of Ralph Ramkarran, “they did not go that route”.

It is well known that I have long seen the politics of Guyana as influenced by ethnic competition and insecurity. I have written and spoken on these matters to the extent that they become, in a way, my hallmark.

In my feeble understanding, the choice of the PPP in 2011 to run a one-party Government, after the General Elections, meant that any proposal from me of a similar solution, after the 2015 General Elections, would be seen by the winners, the Coalition, as impertinent, regardless of their slim majority.

Mr. Kissoon, with his wide knowledge of Guyanese culture, has certainly heard the proverb, “duh fu duh nah obeah”. I understand it in the African-Guyanese Wisdom tradition to mean, “it is no evil to treat others as they treat you.” The Carpenter of Nazareth taught differently and was admired by Mahatma Gandhi, but His teaching is not widely practiced in political life. I can find other references from our experience, but I’ll leave it at that.