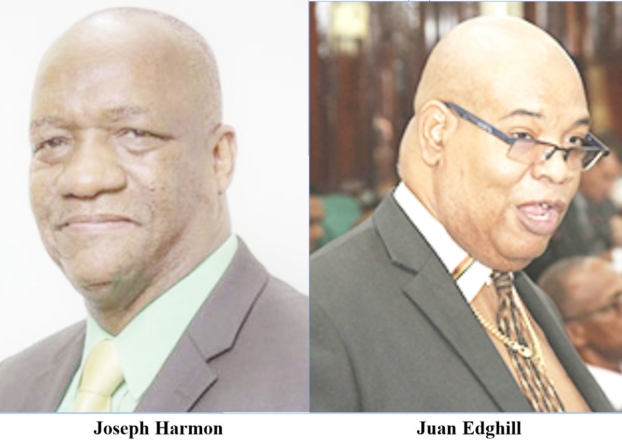 Two top members of the government and opposition were yesterday publicly called out by the Ethnic Relations Commission (ERC) for allegedly making racist remarks on the campaign trail.

The persons are Joseph Harmon, the Director General of the Ministry of the Presidency and Juan Edghill, a former junior finance minister in the PPP/C government and who is also a former Chairman of the ERC. He remains a top PPP/C official.

Public Relations Officer Remington Eastman, at a press conference hosted by the ERC yesterday morning at Cara Lodge Hotel, Georgetown, said that the commission has been monitoring the various rallies and to some extent the meetings held by the political parties contesting the upcoming March 2 General and Regional Elections.

He said that to date, two members of two of the major political parties, the APNU+AFC coalition and the PPP/C, have been identified as making racist comments/remarks.

“So far its early days as yet but we have actually identified two incidents that took place where language was used which we thought was language used to excite the crowd on the basis of racism and those incidents are – Plaisance with Mr Joseph Harmon and Kitty Market Square with Bishop Juan Edghill,” Eastman revealed.

He said the commission has also written to the contesting parties expressing concerns over complaints received.

Eastman reminded that politicians can find themselves before the court once statements are made in breach of the law. While the commission believes that it has ‘adequate’ staff for monitoring, the numbers are expected to expand.

Meantime, the ERC received 61 complaints of various forms of discrimination last year, most of which have been resolved, Chairman Reverend John Smith said at the press conference.

Of the 61 complaints, 44 have been brought to closure while 12 are still to be reviewed. The remaining five are active.

The complaints related to racial/ethnic and religious discrimination.

Smith said that the use of language, which can be considered as “combative and disrespectful” to the point of even being threatening in some instances, remains an area of concern to the ERC. “The ERC firmly believes that those actions and utterances are counterproductive to the valiant efforts being made to foster unity and harmony,” he said.

Meanwhile, Deputy Chair of the ERC Norman McLean explained that of the 44 complaints that were resolved, none of them reached the threshold for prosecution based on the commission’s evaluation.

“…We have not and we will not avoid proceeding to prosecution if any complaints before us, having been thoroughly investigated, suggest that it is of that gravamen that requires prosecution. Our reports and our indication is that we want to resolve everything by mutual agreement. We don’t want prosecution as the main course of action so that everybody who does…however small a violation…we will prosecute,” he said. “We are looking to find peace, good order and harmony. So our promotion is one harmony,” he added.

Meanwhile, as it relates to social media posts, Eastman disclosed that 44 racial posts were detected.

He said that the commission posted public advisories to 16 of the 44 posts, in an effort to tackle the situation.

“[The ERC] firmly believes that incidents of harassment and incitement, including what is very noticeable on social media, are most unhelpful to building and sustaining a cohesive nation. All are encouraged to work in the best interest of Guyana and Guyanese, and to ensure that the elections are not mechanisms for division,” Smith said.

He added that the ERC, through its Monitoring Unit, will continue to monitor public meetings and media coverage.

“The commission will, in the near future, embark on education initiatives to examine inherent causes which have led to current suspicions and stereotypes and explore possible mitigating measures. It remains convinced that education is the key to help change mindsets for the removal of stereotypes. To this end, the commission will continue to prioritise educational programmes in 2020,” Smith said.