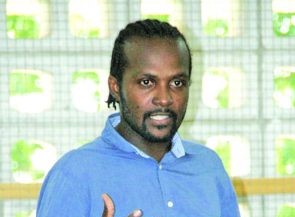 The Environmental Protection Agency (EPA) has been sued over a decision to issue environmental permits to Esso Exploration and Production Guyana Ltd authorizing offshore drilling for 24 years.

The lawsuit filed in the Constitutional and Administrative Division of the High Court was brought by Dr. Troy Thomas, a scientist and the former President of Transparency Institute Guyana Inc (TIGI). The matter which lists Esso Exploration as an interested party is expected to be heard on September 21, 2020, before Justice Jo-Ann Barlow.

In the lawsuit, Dr. Thomas claims that the permits issued to Esso violate the EPA’s regulations. He noted the EPA’s Regulation 19, specifically cites the limits the issuance of permits to five years.
However, the permit for Liza Phase 1 was granted to Esso Exploration and Production Guyana Ltd on 1st June 2017 and says that it continues until 31st December 2040 – 23 years and seven months later. The permit for Liza Phase 2 was also granted for 24 years.

As such, Dr. Thomas is requesting that the Court cancels the environmental permits that were issued to Esso Exploration and Production Guyana Ltd and instruct the EPA to issue corrected permits ending within the five-year period set by the regulations.

Further, the former TIGI head wants the Court to prohibit the issuance of permits for longer than five years.
In his affidavit, Dr. Thomas warns that the breach of Regulation 19, “…exposes Guyana and the rest of the world to serious, if not irreparable, harm and adverse consequences from climate change” as evidenced by rising temperature extremes, more intense and dangerous storms, massive floods, and extended droughts. Dr. Thomas also warns that the oceans are becoming more acidic as they continue to absorb greenhouse gases, leading to the death of corals and a direct impact on Guyana’s rich fisheries.
At present, Exxon’s Liza 1 operation has flared an estimated 10 billion cubic feet of natural gas since oil lifting operations began in December 2019.

The company and EPA officials have attributed the flaring to a faulty component in the gas reinjection system. Despite promises by Exxon that the problem would be remedied and the flaring ceased by August 15, the company has recently acknowledged the mechanical issues persist and that flaring is ongoing.
Dr. Thomas said that, in filing the lawsuit, “I am bringing this case in the public interest, but especially for children and young people who will have to live with the long-term consequences of oil extraction long after ExxonMobil has left Guyana.”

Additionally, Attorney-at-Law Melinda Janki who is representing Dr. Thomas along with Attorneys Seenath Jairam SC, and Pratesh Satram, noted that the approval of the permit duration is in clear contravention of applicable law reflects a larger pattern of procedural failures, according to.
“The law clearly states that an environmental impact assessment must describe the direct and indirect effects of a project on the climate and on marine areas. Esso’s environmental impact assessments did not do that. The EIA for Liza 1 was seriously data deficient and based on assumptions that go largely unexplained and unexamined.” Janki said.

Kaieteur News understands that the Fixed Date Application (FDA) brought against the EPA was ready for filing in late March but was delayed due to the COVID pandemic which resulted in the courts and registry handling only urgent matters.
The application was eventually accepted for filing on June 4, 2020, and papers have been served on the EPA as the respondent as well as on Esso Exploration and Production Guyana Ltd.