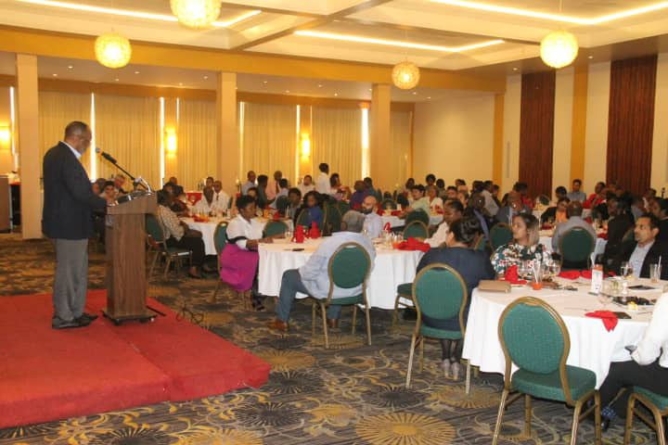 Though Guyana has begun production of oil,  the Environmental Protection Agency (EPA) still does not have the minimum resources needed to monitor the sector 24/7 and will have to rely on the operators to take them out to sea if required, Head of the Agency Dr. Vincent Adams yesterday said.

Adams’ stark warning underlines the government’s failure to fully equip the EPA for its oil and gas tasks even though it has had four and a half years to do this. Numerous warnings had been issued to the government over the past years  by non-government organisations.

And with the current political situation and upcoming General and Regional Elections, the EPA does not believe it will be ready before the end of this year as its proposed budget cannot be granted until after the 2020 National Budget is read.

“It is going to be dependent on what my budget is. For the first half of the year we have to ratchet down because we will only be getting one twelfth of last year’s budget for the first six months… by next year we are hoping to get at least our complement of staff and proper laboratory and field equipment. I would wish by the end of this year but it seems the earliest will be next [year],” Adams yesterday told a Guyana Manufac-turing and Services Asso-ciation (GMSA) business luncheon, where he was the Guest Speaker.

Addressing the forum on the topic of oil and gas and the environment, Adams said that his agency has a critical role to play in the oversight, management and conservation of this country’s environmental integrity and that would need ample resources.

Government, according to Adams, should strive to always have better qualified persons on their teams than any of the companies or organizations it does business with.

“I want to say something about the expectations of government: we are the ones who hold the keys for unlocking the potential in making Guyana a developed country,” he said.

To achieve this development, government must ensure, Adams believes, that its public sector staff understand their missions and know that they are there to serve the public and not “do them a favour”.

And in a world where businesses are profit and economics-oriented, the EPA head said that government agencies and ministries have to train their staff to put country and wellbeing of its people above the profits of any business.

“Everything is slanted or steered towards production. We have to get our own people to see for ourselves to make sure they are not putting production over environment,” he stressed.

“We must not or should ever consider economics in our decision making,” he added.

Taking his audience through a timeline of when he was first appointed head of the agency back in late 2018, Adams recalled that the agency was shunned by the public and it was because of the culture of unaccountability.

“I was constantly reminded that this was a different workforce and I won’t be able with the job or would last. The employees told me we are a toothless tiger, everybody takes their eyes pass, we are locked out of sites, and there is the political interference …all that negative stuff…There was a culture here where nobody was held accountable. All across the country we were supposed to be and yet we had one and half vehicles,” he said.

But he said that by implementing changes where his staff knew their role and were given the authority to act without interference, the EPA, within one year was able to build up its reputation to “not the agency to be messed with”.

He told of the over 500 permits that were without compliance and how his staff were able to bring most of them back in and the EPA changed its outlook in dealing with the public.

“We have collected over $140M in fees that was sitting out there that could have benefited the agency. We took that money and bought seven vehicles that the agency could now go out and get the job done…this eye pass has stopped and we will never return to that. It is a two-way respect,” he stressed.

A former Manager with the United States Depart-ment of Energy, Adams said that he made it known from the outset that he would not allow his agency to take political directives and would not allow politics to influence any of the decisions made.

“We will not allow anyone to call and say this or that person says to do this or that …that will only make it worse for them,” he said.

But he said that the agency is still not at a stage where it can manage the burgeoning oil and gas sector effectively as it lacks much of the resources to do so.

He echoed sentiments that he had shared with this newspaper, where he said  that the EPA lacks the equipment and expertise needed to carry out the testing necessary to verify compliance in some cases, it relies heavily on mandatory reporting by operators in the oil and gas sector to verify their compliance with waste management stipulations.

Having no oil and gas oversight legislation of its own is also a humbug but Adams said that the public should be aware that Guyana can adopt international standards until it has regulations and laws of its own.

While the EPA is aggressively looking to build its capacity by procuring the expertise and equipment, verification through reporting and observation is normal.

“When the EPA act was written 26 years ago, I don’t think a word like petroleum was mentioned in that Act but we should be thankful that it has a broad mandate. We don’t have any regulations and standards but they are there. So we should not say there aren’t any standards because yes we do have, we have those [that are international] and that we are adopting in the meantime [until] we will have our own. I know we are not there as yet but our goal is to develop our own standards,” he said.

He believes that his agency will be critical in undertaking enforcement and oversight to ensure that this country not suffer the same fate of those countries. It is to this end that he said that he will do everything possible to ensure that the EPA is given ample resources to carry out its mandate.