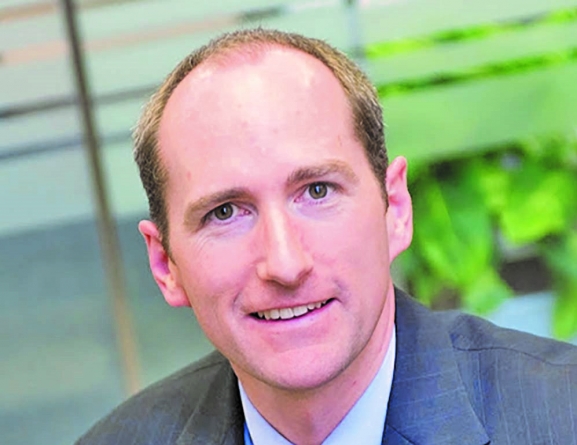 The application, submitted by Exxon Country Manager Alistair Routledge, has, in fact, progressed to the point where the EPA has already deemed the proposed project to not have any environmental impact and as such, has exempted the oil company from submitting an Environmental Impact Assessment (EIA).
According to the agency in a notice, “in accordance with Section 11(2) of the Environmental Protection Act, the application for the project listed above has been screened by the agency to assess the potential environmental impacts”.

“It has been determined that the project will not significantly affect the environment nor human health and is therefore exempt from the requirement for an Environmental Impact Assessment,” EPA also said.
Nevertheless, the EPA invited persons with a contrary view to lodge an appeal against the agency with the Environmental Assessment Board at its office, within 30 days of the publication of the notice.
EEPGL’s cable will run from the Liza field offshore Guyana to the Ogle beach manhole. The first phase, which was planned for the 2020 fourth quarter, would see civil construction work beginning onshore, followed by a connection to the Liza phase 2 project in 2022 and connection, once approved, to the Payara field.

In its project summary report, Exxon had explained what the cable was meant for. According to the company, the cable will ensure a high-speed data connection between its offshore platform and its office in Georgetown.
“This connection will establish a foundation for high speed, low latency connectivity of onshore and offshore facilities as they become operational. The link will connect existing EEPGL onshore and offshore facilities to Guyana foundation infrastructure, allowing implementation of digital technology to improve productivity, support remote operations and reliability.”

According to EEPGL, a geophysical survey was conducted earlier in the year to gather data from the field in order to plan the route. According to EEPGL, the cable will be plough buried through fishing grounds to protect it from fishing trawlers, while onshore it will be connected at a predetermined site – proposed to be in the vicinity of the Pegasus Hotel.
Guyana, with oil giant ExxonMobil as the operator, only began producing oil last year in the Stabroek Block, lifting its first million barrels of profit oil from the Liza-1 well in February 2020. Oil tanker Cap Phillippe transported this lift from the Liza Destiny Floating Production Storage and Offloading (FPSO) vessel, allowing Guyana to receive its first payment the next month.

The Bank of Guyana’s half-year report, which covers the period up to the end of June 2020, had previously revealed that Guyana produced over 10 million barrels of oil during the first half of 2020.
Production was, however, beset with the problems that came with the COVID-19 pandemic and as such, fell short of the targeted production figures. According to the report, Guyana was able to produce 12.3 million barrels of oil, at an average of between 65,000 and 75,000 barrels of oil per day.
Guyana’s first oil revenue-based earnings from production in the Liza field, some $11.4 billion, was deposited in the Federal Reserve Bank of New York in March of this year. An additional sum of $7.3 billion was subsequently deposited, as well as royalty payments.

So far, Guyana has received three cargo lift payments and three royalty payments courtesy of the Liza-1 well. Guyana’s fourth crude lift has, however, been delayed to next month, due to lower than projected production.