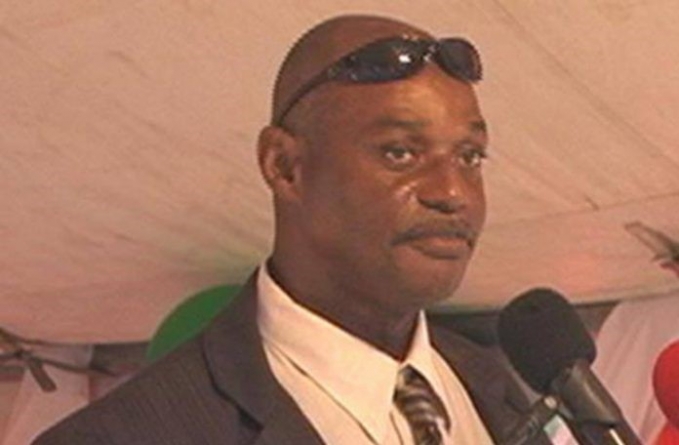 THE government’s inability to pass a 2020 budget has had a domino effect on regional spending, to the point where, three months into the new year, funding at the central and regional levels are very limited. Financial challenges are being trickled down to the common man, particularly those directly dependent on these two tiers of government for a daily bread.

In Region 10 (Upper Demerara-Berbice), residents are becoming anxious, and are hoping that the results for the March 2 Elections would soon be announced to pave way for the elected government to prepare the 2020 National Budget.

Anxiety continues to face both small and large-scale contractors who depend on the Regional Democratic Council (RDC) for their daily bread. With the RDC not in a position to either tender or award contracts, it is the ordinary man and business owners who depend on contractors to spend their money, and are the ones feeling the squeeze.

One small contractor, who wishes to remain anonymous, told this newspaper that he would have been guaranteed contracts at least by now, contracts he heavily depends on, but that did not happen, and it does not look like it will for another few months, given there has not been a declaration of the winner of the elections as yet. “This is already March; three months into the year, and nothing as yet, because no Budget was read. Now we’re anxiously awaiting the elections, because we know the next thing would have been Budget. But after one thing is another; now we hearing they calling for recount,” he lamented, adding:

“This is what I have been doing for years; it is mentally fatiguing for the entire nation to know who really win these elections, but more so for those whose daily bread depends on this elections.”

While the votes for Region Four were declared on Friday night by Returning Officer Clairmont Mingo, the declaration of the winner of the elections has been halted, given the call for a national recount by President David Granger and Opposition Leader Bharrat Jagdeo, and for the process to be supervised by CARICOM.

ROLL-OVER CONTRACTS
Regional Executive Officer (REO) of Region 10, Orrin Gordon explained that the RDC has over 40 contracts from 2019 that were rolled over to 2020. The system has catered for these roll-over contracts, and payments for those contractors are guaranteed, but there is no money to tender and award contracts for 2020, and indeed this will have a negative effect on the economy of the region.

“Normally at this time, already you would have had tenders and so forth, and that is not happening because no Budget was read,” Gordon said, adding: “People would have already gotten work because of maintenance and capital projects, because we are already three months into the year.”

With the limited spending available presently, the REO said he has put stringent measures in place to ensure that the RDC does not spend above its means, and that all those providing services presently are paid. “We don’t want to incur costs and not be able to pay. We got to live within our means; we don’t want to owe anyone,” Gordon said. Salaries and other large contracts that were on a recurrent budget, such as security contracts, were not affected by the impasse, he said.

Gordon is hoping that the election hold-up is resolved expeditiously, so that monies can continue to circulate in the region. He expects that Budget 2020 will be read in about three months, after the new government is installed.

Not only has the budget reading affected business in Linden, but the election stalemate, coupled with the coronavirus outbreak as well. There has been a noticeable decline in buying and selling, with persons preferring to stay indoors, and supply trucks not travelling to the mining town as often as before for vendors and business owners to restock.

VERY CONCERNED
Chairman of the Linden Mayor and Town Council Social Committee and Member of the Linden Economic Committee, Lawrence Simon said that he is very concerned about the economic impact the March 2 Elections stalemate is having on Linden and the entire Region 10. He said there has been a greater demand than supply, and some prices have been jacked up, particularly for agricultural produce and pharmaceuticals. “The stymieing and the long delay of the declaration and the swearing-in are having a ripple effect, and with the RDC not having funds to facilitate contracts… Right now we have beautiful weather for roads to be rehabilitated, but this cannot happen, because contracts cannot be awarded,” he said.

The LMTC, Simon said, will see how best it could compliment the RDC, particularly with ‘low-hanging fruits’, to ensure development is not stymied further. Residents are hoping that the situation will soon return to normalcy.