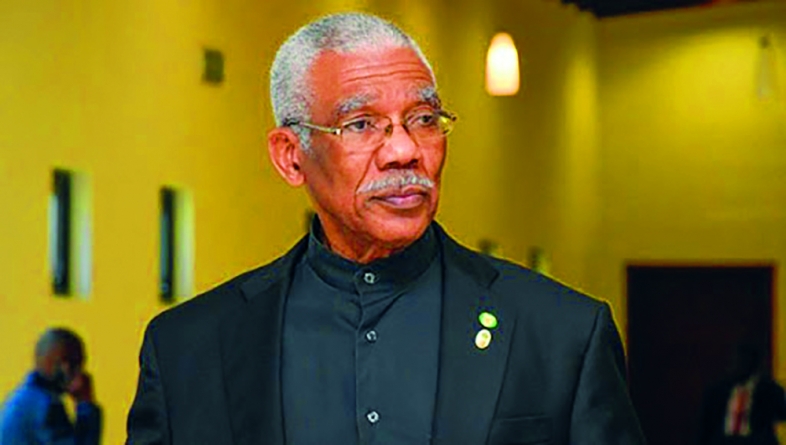 Pressure continues to mount on caretaker President David Granger, over the current electoral deadlock, this time with local business tycoon, Dr Yesu Persaud calling for remedial steps to be taken to restore Guyana’s democracy in order to avoid global condemnation and international sanctions.

In an open letter to the Head of State on Tuesday, Dr Persaud noted that following the March 2 polling day, Guyana should have already had its elections results and a duly elected democratic Government in place.
However, he noted that it was “really unfortunate” that after the other nine districts had their results tabulated and declared without contention, the Region Four (Demerara-Mahaica) Returning Officer, Clairmont Mingo, abandoned the standard electoral process and even failed to comply with the directions of the (ag) Chief Justice, and instead, went ahead to foist unverified numbers into the process and subsequently declared results for the region, which gave the caretaker APNU/AFC coalition overall victory.

Pointing to the fact that the Region Four (Demerara-Mahaica) tabulation process has been deemed by all international and independent observers as “deeply flawed”, Dr Persaud contended that Guyana needs to take corrective actions and find a solution immediately so that a democratically elected Government can be in place.

“You and the Leader of the Opposition agreed to a recount of the ballots under Caricom [Caribbean Community] supervision but that too was aborted by shenanigans including an injunction by one of your party candidate[s]… In [this] context, we need to take remedial steps to restore our democracy and the will of the people,” he asserted.

According to the pioneering businessman and philanthropist, failure to do this will result in Guyana facing global condemnation and not being recognised as a functional democracy. This, he posited, will have the most impact on vulnerable lower-income citizens as well as the business activities which they depend on.

“In my experience as an entrepreneur, businessman and analyst, sanctions can have dramatic impact not only on politicians but the general economy and the people of Guyana. It will bring tremendous hardships to businesses; create huge unemployment, high-level inflation and currency depreciation. Such a situation will mostly impact on the livelihood of the vulnerable lower-income citizens as they are dependent on the commercial and business activities,” Dr Persaud, the former Chairman of the Demerara Distillers Limited (DDL) Group, explained.

He reflected on his younger days and the many challenges he faced in his business and personal life, which he triumphed over, noting that he has worked outside of the business to create opportunities and jobs for ordinary people – all on the basis of humanity and in an effort to benefit Guyana and Guyanese.

To this end, the pioneering businessman urged stakeholders, including the President, to find an amicable solution to this situation at the earliest in the interest of all Guyana.
“You still have the opportunity to redeem yourself…,” he said to the Head of State in the open letter.
On the other hand, Dr Persaud went on to highlight the need for constitutional reforms, pointing out that the current form is not “an ideal one” as it gives unlimited power to an individual, which is not good for any democracy.

“Our Constitution must not only be defended by political parties and our citizens, but also by democratic norms, or unwritten rules of tolerance and restraint. Without robust norms, constitutional checks and balances do not serve as the bulwarks of democracy we imagine them to be. Instead, institutions become political weapons, wielded forcefully by those who control them against those who do not. This is how elected autocrats subvert democracy, and other neutral agencies. This requires to be amended immediately which will benefit all stakeholders and not only the political parties,” the Guyanese tycoon insisted.

Only in October, Dr Persaud had outlined that the local electoral process should have been much easier especially with Guyana’s small population.
He was at the time speaking at an event, where he noted that the lack of a smooth electoral process highlights the fact that the country is yet to ‘grow up’.

“In Guyana here, we have land. A large landmass with a small population. There has been so much dithering over elections, which should have been an easy process for a small population. That need not be. It shows us we’re not grown up. We have a long way to go, to grow up,” the businessman had stated.