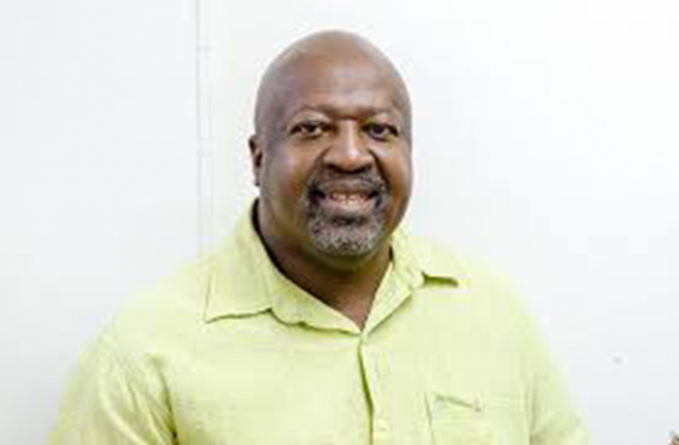 THE Caribbean Community (CARICOM) and the Organisation of American States (OSA) are expected to hold key meetings this week, specifically to discuss Guyana’s election situation, and executive member of the Working Peoples Alliance, Dr. David Hinds has warned the two bodies to steer clear of making pronouncements that can further divide this nation.

Hinds, a Political Scientist has put forward that unless these meetings are intended to urge the main political parties to find common ground, they may very well be futile, as the election’s completion rests in the hands of the Court and the Elections Commission.

Tomorrow, the OAS is scheduled to hold a ‘Special Meeting of the Permanent Council to consider the state of the electoral process in Guyana’. On the agenda are presentations from former Prime Minister of Jamaica and Chief of the OAS Electoral Observer Mission (EOM) to Guyana, Bruce Golding, and OAS Secretary-General, Luis Almagro, and “comments and observations” from Member States.

Meanwhile, new CARICOM Chair, Prime Minister of St. Vincent and the Grenadines, Dr. Ralph Gonsalves said that a special meeting would be convened on Guyana, and could take place as early as today, though no specific date has been given as yet. In an invited comment to the newspaper on Sunday, Dr. Hinds said that such meetings should not be held to discuss Guyana’s situation, especially if the intention is to go beyond treaties of non-inference.

Already, those who are set to lead out in the upcoming meetings have made their positions clear on Guyana’s electoral situation. Dr. Gonsalves, while in-coming Chair of CARICOM and before the now contested National Recount was completed, had stated that he expected the recount to consider only the numerical figures, and that irregularities witnessed should be challenged subsequently by way of an elections petition.

This was not well received by the governing APNU+AFC Coalition, which had expected that all parties involved in the process would adhere to Recount Order No. 60 which spoke to the reconciling of ballots cast with ballots issued. They also felt that Gonsalves’ remarks were premature, and would influence the report CARICOM Scrutinising Team, of which one member was a representative from his country.

One month earlier, Golding had pronounced on the recount while it was ongoing, just eight days into the process. He’d referred to the APNU+AFC’s adherence to the GECOM-crafted Recount Order by pointing out anomalies, irregularities and voter impersonation as “creating inordinate delay in the process”. Weighing in on the matter, Dr. Hinds said that now with the Caribbean Court of Justice (CCJ) ruling that the Recount Order was flawed; with the matter once again before the Court based on contentions on which election data should be used; and with no declaration yet to come from the Commission, the leaders will once again be making the same mistake of speaking on matters not yet completed.

He opined that based on their positions already expressed, it is likely that the leaders will take the stance of placing blame on one political party over the other when the process rests in the hands of GECOM and the Court. “First of all, they should not have these meetings to discuss Guyana, because the matter is still in the Courts. You cannot ask one party to concede to an election that has not been declared, and so, therefore, these meetings are part of a clumsy attempt at regime change,” Dr Hinds said, adding: “They are trying to pressure the APNU+AFC to get out of office; not to concede, because there is nothing to concede. What they’re trying to do is to force the APNU+AFC out of office; that is what these meetings are trying to accomplish.”

Dr. Hinds said that if the country representatives were truly interested in assisting Guyana, they would have sought to encourage the two political parties, which have long-held disagreements, to come to the discussion table for talks on ending the winner-takes-all system. Instead, he said that the OAS and CARICOM are pouring fuel on fire when they seek to act as the deciders on matters that are not in their hands; not in the hands of the Opposition and certainly not in the hands of the Government.

He put forward: “Insofar as that they must meet and must discuss Guyana, I would argue that those meetings must discuss a way of getting the two sides together so that there can be an amicable solution to the problem… There should be, in my opinion, a political resolution by both sides that would satisfy the concerns of both sides.”

He said that it is not too late for CARICOM and the OAS to change course, as any other path, especially one which calls for the government to “concede” prior to an election declaration, would be futile, as, logically and legally, the President will continue to remain in office unless otherwise declared by the Commission.

Furthermore, Dr. Hinds said that CARICOM and the OAS have not presented themselves as “honest umpires” in the matter. Hinds said that after Recount Order No.60 was crafted by GECOM, the APNU+AFC sought to do nothing but adhere to it, and, when the CCJ highlighted the contradictions to the Constitution in the GECOM-crafted Order, and pointed to the Representation of the People Act, the Chief Elections Officer (CEO) sought to adhere to the law. Dr. Hinds said that this strict adherence to the law is what the APNU+AFC supports, but is somehow being chastised for doing so.

“To tell the Coalition to concede means that you’re asking the Coalition to break the law; to concede to an election that has not been declared. That is clear testimony that you do not want an outcome of the election based on the law; you want to push the Coalition out of office, and that is not lawful,” Dr. Hinds said. He said that, in his observation, the Opposition has been carrying their own narrative to outside forces, relying on them to interject into Guyana’s electoral process to remove the Coalition from office. He said that persons must realise the danger of such acts, as they only serve to push Guyana further to the edge, rather than help resolve its deep-seated issues.