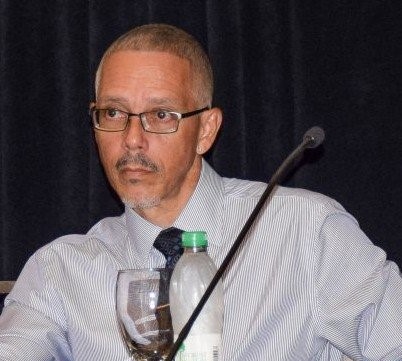 AFC executive and former Business Minister Dominic Gaskin today said he doesn’t “buy” the controversial Region Four figures which were declared by Returning Officer Clairmont Mingo and which are now the subject of a raging elections crisis.

In a Facebook post, Gaskin, the son-in-law of President David Granger also addressed governance and political issues. In an earlier post on March 13 he had also raised concerns about the Region Four figures from Mingo.

Eighteen days have now passed since the Guyanese people participated in a relatively simple exercise to elect a government of their choice. At close of play today we still do not have a final outcome. What we have are the individual declarations of the results of the ten electoral districts by the respective Returning Officers. There have been requests for recounts in a number of districts but, by far, the most controversial declaration was the one made with respect to District 4.

The largest district, with approximately 285,000 voters, as well as a stronghold of the governing coalition, this was the last of the ten districts to conclude the process of tabulating its votes from its statements of poll. This process descended into chaos and disorder on Wednesday, March 4th resulting in a declaration being made by Returning Officer Mingo on Thursday, March 5th. This declaration placed the APNU+AFC coalition ahead of the PPP/C opposition by some 59,000 votes in District 4 and by approximately 7,000 votes overall in the General Election.

There was immediate and widespread rejection of this declaration, based primarily on procedural grounds and a lack of transparency. I too have taken a position (personal) on the Mingo Declaration – I don’t buy his numbers. Who vex, vex! I am not attempting to convince anyone that my position is the right one. I’ve gone beyond that. I am also not condemning anyone for whatever position they may wish to take. Life is too short.

As a people, our post-election behavior has not been exemplary. We seem to have little concern for the young Guyanese who are looking on in astonishment, and who have to live together in the aftermath of the hot mess that we are creating.

There are a number of serious issues arising out of the events of the last two weeks.

These are major problems, but there is a bigger issue, and now may be a good time for all of us to question whether western style democracy in a plural society with our particular demography is a model we should continue to embrace. Tyranny of the majority or minority is a valid concern for both Afro- and Indo-Guyanese respectively. The former can prevail almost indefinitely without so much as a raised eyebrow from the international community, as long as it is punctuated by regular free, fair and credible elections. The other can only prevail in the absence of free, fair and credible elections. Neither option is good for Guyana.

We need a new model of governance which works for us and which doesn’t incite this level of divisiveness every five years. This is not something that can be left to any incumbent to address. It will never happen. There must be a binding commitment from all parties as part of a packaged resolution of the current situation. Finding a permanent solution is not rocket science. Those who are not up to the task should step out of the way and allow better minds to figure it out – lots of bright young people in Guyana.

The real big men and women have to start talking to each other, or stop pretending to be leaders. Various other stakeholders need to set side aside their emotions and adopt a more conciliatory posture which puts the nation first.

Unless we can bring ourselves to understand that there are good people on both sides of the 2020 elections controversy who genuinely believe the narrative coming out of their camps, we risk detonating the fuse that has been burning slowly for over six decades.

In the meantime, all voters deserve to know the true result of the process in which they innocently and dutifully participated. There needs to be a full investigation to ascertain whether there was any wrong-doing on the part of individuals within GECOM as it relates to the integrity of statements of poll or the tabulation of results thereof.

Elections 2020 has been a national embarrassment. If we cannot manage a simple election, how the heck do we plan to manage an oil economy? We seem to be doing everything possible to make up for the absence of natural disasters in this dear land of ours.