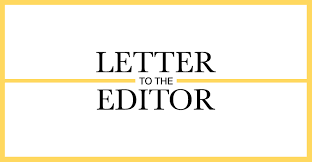 Dear Editor,
I feel there is an urgent need to write to you; I have many reasons to. They begin with myself being a young Guyanese, my career, and finally a democracy. It is beyond the circumference of my comprehension to see educated young leaders of Guyana and young students perform like animals in their argumentum ad baculum.

How can one not see the electoral theft swimming right before their eyes? How can one sit and endorse these acts by simply remaining in the cocoons of their codas; or worse, spill bilge from their lips and fingertips ranging from tallies of their ignorance on the electoral processes?

The World has been observing our country’s flaws and successes. This has marked History already, and to what understanding? The domain of reality does not exist in the powers of a few individuals. Instead, there are rules de jure to follow; if we ever forget. If there is an election, there needs to be a verification, complete and ex cathedra count of the votes.

Time and time again, we have heard President Granger stating he is willing to follow the Constitution. I have observed that the same people who claim to abide by the Constitution of Guyana are the justified individuals eager to amend it behind Potemkin Villages. When the March 2nd, 2020 Elections were called, everything presumably appeared “Rhadamanthine”. This was so until the alleged Uriah Heeps embraced the minds of what we term as “leaders”. If these leaders cared for the economy of Guyana as well as its people, then why are we not feeling it? Authentic concern is felt; and even more so, it is shown.

There are businesses which need to continue. There are minds which continually need to be taught. There is a country’s economy which needs upliftment. There are 700,000 plus votes which need to be verifiably counted.
We youths are apperceived as the future of any country. Why then do we not have sayings? The democratic right is instilled in our beings from the very day we gained independence. We have strived as a people to be one. However, there are still pestiferous urges to manipulate such a beauty. This has always been in the pockets of a doltish few.

Personally, when the Coalition announced their party, I felt that they were not authentic in their aims of conjoining the people. One simply does not decide to be on unified terms with someone; one needs to sit and iron out the complex issues which thrive beneath the surfaces of our consciousnesses in an attempt at conciliation. It is the same with two races having long and tender histories of antagonisms. Do you not see how evident it is, even in our voting systems?

I believe the Coalition Party was formed under the disguise of uniting the people and eventually manipulating their votes. Where is the unity they promised? It indicates that unity isn’t something you shop for, or desire; it needs to grow from within. Guyana isn’t quite ready for that; we need to prepare her for it. We do so through education.

I must add there is no solid bookstore in Guyana. When we read, we understand that we have differences and similarities in the circle of compassion. However, it seems reading isn’t even welcome any longer. It seems that the more you know, the less it is used. At least it is indicative of President Granger’s behaviour to highlight to us the flaws in our intellectual spectrums.

President Granger and his Cabinet of Ministers believe that the citizens of the nation are unaware of their rights. They think so despite us being fully compos mentis and fully informed. This is at least described as “execrable”.
We are all influenced in differing ways during the day. We need to have thorough communications in order for us to collectively and truly embrace the lights which emanate from each other. Forming a political party with the aim of heading towards high heavens of unity does not, and will never, work. Do you not see how the current President is grabbing on to power like it is his oxygen? He needs to allow the democracy of the country to choose its President. Isn’t that what we know, or is the current President here to teach us otherwise? As the President, you do not only sign onto high-yielding, and economy-boosting contracts.

As a President, you are a walking, talking and a quiet-standing role model, especially for young minds now opening to learning. What does the President intend to teach the students of his country? Does he want them to write large theses on Guyana with chapters containing the headings of “Electoral Theft by a Compromising President?”
If this is his functioning, then there is a defining need to begin a trend of private schools, titled “To compromise is our Right”. Is the President trying to say that direct democracy is a manipulatable sham which every two-bit Mussolini adopts as his own? Explain to us where we have erred in understanding the basic concepts of voting and result expectations.

I see there is a Coalition consisting of other members of sitting parties. Why are we not hearing their views? Are the young people of Guyana expecting to hear from them when we no longer possess contracts with high transparent institutions? Would we, young thriving citizens of the country, hear from them when we are unmapped? Please, for the sake of happy storytelling unities, of which the Coalition is based, and democracy, let us attempt to live in tranquility.

We have evolved to such an Arcadian right. Give it to us. Take a step back and urge the recount to take place, please! Please! Please! Please.
The President holds the conch of moulding for not only his families, but for a worldly family; a beautiful, strong and a merry history. The President is the powerbroker. I urge the people who hold the pens of our national representative books to reassess, to reinforce, and to reinstate the beauty we all know every morning: Guyana. You have time. Get it corrected. Do not abhor democracy; embrace it. Do not lead us to the highway of tyranny; our beings were not built for such a rough ride. We are no experts in psephology, but we are cognizant of the robbery of peace. I still have hope. We all do. Let us not remain disappointed.

Disappointed,
A student of Guyana