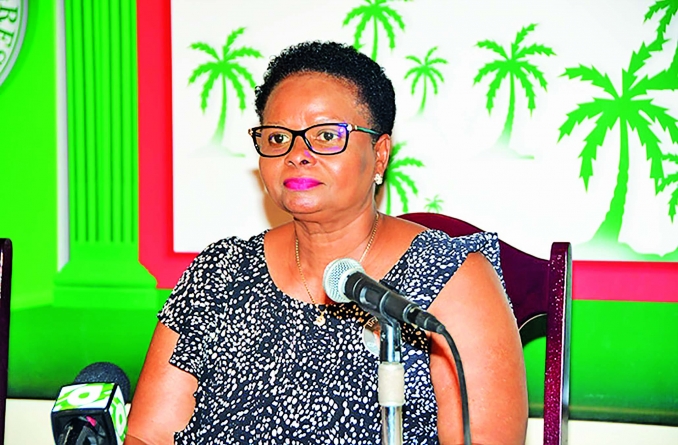 The divide between coalition partners A Partnership for National Unity (APNU) and the Alliance For Change (AFC) continues to grow, with AFC member and former Executive Imran Khan calling out APNU leader David Granger for excluding “certain influential” party members from Parliament.

In a statement on Tuesday, Khan, who supported the very party during its attempts to rig the 2020 National and Regional Elections, criticised the fact that Granger, as leader of the APNU list, chose to exclude People’s National Congress (PNC) Chairperson Volda Lawrence. He called for the list system of choosing parliamentarians to be disbanded, though APNU/AFC while in Government never made any attempts to do this.
“The post-election treatment meted out to Ms Volda Lawrence by her own People’s National Congress is unjust, unconscionable and wrong. There is no sugarcoating it. Ms Lawrence was shockingly and unceremoniously denied a seat in the National Assembly. This is an egregious wrong which must be corrected post-haste,” Khan said.

“In Guyana, Members of Parliament are not elected directly by the people. They are in fact selected from a predetermined list, solely by the Leader of that list. In the case of the APNU+AFC coalition, the Leader of the list is Mr David Granger,” he also said.
According to Khan, the use of the list system by Granger is a recipe for “ineffective and docile Members of Parliament” who he noted would be primarily focused on remaining in the good books of the leader who chooses the parliamentarians, no matter how deficient that leader is.
He said that the injustice done to Lawrence must be corrected and she must be restored to the National Assembly post-haste.

“Every day that it is not fixed, the coalition’s political future is imperilled. Petty politics by an insecure, vindictive and fading caudillo adopting a sanctimonious posture must not ostracise and banish capable, competent and worthy leaders,” Khan also wrote in his statement, which was shared on social media by PNC members.
Since losing the March 2 General and Regional Elections, relations between the APNU and AFC coalition, which was already shaky, took a nosedive for the worst. The coalition has been marred by multiple resignations and even broken promises.

One such resignation was former AFC General Secretary David Patterson, who resigned from his party position back in September in the wake of a dispute over the election of a Vice Chairman for the Region Four Regional Democratic Council (RDC).
APNU, which has a history of infringements against the smaller party, locked the AFC out from the Vice Chair position despite a previous agreement.

The previous agreement that Patterson helped craft had stipulated that the AFC would get the Vice Chair positions in Regions Seven and Four. But following the election of APNU candidate, former Guyana Defence Force (GDF) Captain Daniel Seeram, it was not to be.
However, Patterson has since somersaulted on his decision and withdrawn his resignation.
AFC had nominated Neilson McKenzie for the Vice Chairman position, APNU nominated Samuel Sandy and the PPP nominated Desmond Morian. Voting was along party lines, as APNU and PPP cast their 14 votes each for their candidates and the AFC, with its five votes, backed McKenzie. Seeram then used his deciding vote to elect Sandy.

Former AFC Member of Parliament Audwin Rutherford also resigned in October of this year. He had also said that the AFC has lost its independent voice and with it, its principles.
Granger himself has come under attack from members of his own party, particularly embattled PNC member James Bond, who had lambasted the former President over the exclusion of Lawrence from Parliament.