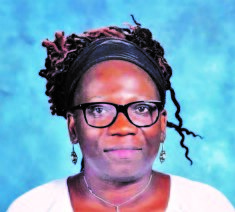 Laurlene Nestor, a former Central Executive Committee (CEC) member of the People’s National Congress Reform (PNCR), has written a stinging rebuke against party leader and former President David Granger, who she blamed for the current disunity and power struggle within the party.

According to Nestor, under Granger’s leadership, the party has been beset with power struggles, an aloof leader who failed to reconnect with those who put him in power and an unwillingness to accommodate criticism from within the party. This has culminated in the A Partnership for National Unity/Alliance For Change (APNU/AFC) losing power.

“I believe that self-interest and personal ambition is partly responsible for why we are at this present time.  Truth be told, the party was disunited before Granger but it has become ten times more fractured since Granger. Having observed the maneuverings over the last five years, it is clear that the leader has decided that he will use these untenable realities to benefit himself.”

“I suggested numerous times that there should be a leadership retreat where people are allowed to really speak to the issues that are affecting them and that they confront the lingering issues surrounding the disunity in the party, but despite a commitment to do it, it never happened. So, the party continues to be stuck in a protracted internal power struggle,” she said in a letter.

The PNCR stalwart recalled that she, like many others, campaigned for Granger prior to the 2015 General and Regional Elections, believing that he was the right man for the job and would strengthen the PNCR while presenting a fresh face to the electorate.

“Like many others, I believed he had the capacity to put country and party first and not self. However, shortly after assuming the office of the presidency of Guyana, I watched with horror as the unmasking began,” she said.

Nestor revealed that it wasn’t long after Granger won the 2015 elections that she was forced to travel to Guyana to quell the concerns of party faithful that Granger had abandoned his base. She said that she would have brought these matters to the attention of the PNCR-led APNU/AFC, to no avail.
In fact, Nestor recalled that her honest efforts to try to get the PNCR Ministers to reconnect with their base were sharply rebuffed and she was labelled as a persona non grata and treated with disdain by the leaders of the party in Government.

“I served in the PNCR leadership under two previous leaders, Hugh Desmond Hoyte and Robert Corbin. I sat at CEC meetings while these two men were at the helm of the party. I expressed my views, unreservedly at CEC meetings when these men led and not one time, did I feel that my views were not welcome, not one time did I believe my views got under the skin of any of those leaders. In fact, I believed they embraced my unrelenting and unwavering efforts to speak the uncomfortable truth,” she said.

Nestor also questioned the future of the party, which she said will have to make some serious decisions going forward. According to her, party members have been agitating for Granger’s removal as leader of the party, disappointed with his disconnect with the base before and after the elections. According to her, neither she nor these members want to see Granger back in Parliament.

“Mr. Granger has disappointed me beyond my wildest imagination. Sadly, this disappointment is shared by so many of our members and supporters. His posture throughout the last five months said it all. His refusal to even show some respect for the nation and address the people was very disheartening.”
“I long held the belief that a person treats you how they perceive you. Clearly, Mr. Granger appears to have no respect for the ordinary man hence his sleight of hand treatment of them. Since Sunday I have been inundated, with calls for his removal as party leader, many wept and many screamed that he has demonstrated sheer crassness towards party members and supporters.”

Nestor even lambasted Granger for not reaching out and expressing appreciation for persons in the party who worked tirelessly to drum up overseas support for the APNU/AFC during the five months in which the party tried to hold on to power after the March 2 General and Regional Elections. According to her, it is unthinkable for Granger to continue as leader of the party.

It was only recently that APNU/AFC formulated its lists of Members of Parliament (MPs). The list was handpicked by Granger with little to no consultation within the coalition and has been intensely criticised. The process for selecting the list was cited as one of the reasons the Working People’s Alliance (WPA) broke away from the coalition.

Moreover, the list has not gone down well with several members in the PNC – especially former MP James Bond – who went on a tirade against Granger on social media. Bond criticised the PNC and its current leadership for not consulting with the party’s membership before making its decision on the parliamentarians.
Bond went further to blame Granger’s leadership for making the party lose the March 2 General and Regional Elections as he threatened to rewrite the former President’s legacy and dismantle Granger’s “cabal.”