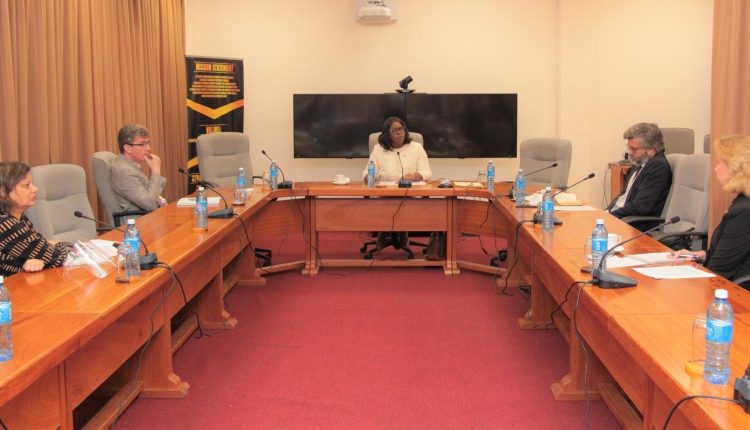 Diplomats heading the powerful ABCE countries on Wednesday met with Minister of Foreign Affairs Dr. Karen Cummings, emphasising that the results of the national recount must be used to declare a winner of the March 2 elections.

The Ministry in a short statement said the Minister and the foreign representatives met to “discuss areas of mutual interest to their respective States.”

The News Room understands that the Diplomats, in accordance with previous statements issued, urged the speedy conclusion of the ongoing electoral process.

They also warned that there will be consequences if the results are not declared using tabulations from the national vote recount.

The national vote recount, which concluded in early June, showed that the Opposition People’s Progressive Party beat the Coalition APNU+AFC by 15,416 votes to win the elections.

The British High Commissioner, the Canadian High Commissioner and the Ambassadors of the European Union and the United States previously issued a statement calling on the Guyana Elections Commission (GECOM) to issue a declaration of the elections based on the results of the Recount as confirmed by CARICOM, to ensure the democratic choice of the people is fulfilled.

“It is important in our view that every vote, cast by every voter, be reflected in that declaration, in order to ensure that the will of the people of Guyana is respected,” the Diplomats said in a statement on June 24.

They alluded to the CARICOM report submitted by the three-member scrutineer team. The team said they witnessed nothing which warrants a challenge to the inescapable conclusion that the recount results are acceptable and should constitute the basis of the declaration of results of the March 2, 2020 elections.

The heads of the foreign missions have said the election results are long overdue and pending the outcome of the appeal to the CCJ, they urged GECOM to meet its constitutional duty to issue a declaration on the basis of the recount results.

July 8 marks 128 days since the elections were held.