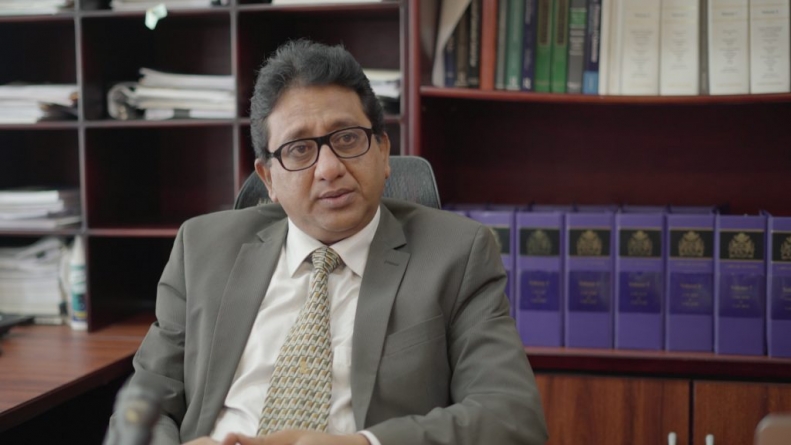 THE detention of the 26 Haitians in protective custody and the subsequent orders obtained from the Magistrate’s Court for their deportation were done strictly in accordance with the Laws of Guyana and did not breach any fundamental rights. This was according to Attorney-General and Minister of Legal Affairs, Anil Nandlall, who, in his submissions to the High Court, outlined that the Haitians were, by law, held in protective custody pursuant to the Combating of Trafficking in Persons Act, when investigations aroused the reasonable suspicion that the Haitians were victims of trafficking. He further explained that, pursuant to Sections 9 (2), 15, 25, 26 and 28 Immigrant Act, the Haitians were deemed to be prohibited immigrants, which prompted their deportation orders.

In his submissions, he explained that the persons were deemed prohibited immigrants upon having failed to answer truthfully the place of their residence during their stay in Guyana. Nandlall also outlined that, for the matter to be classified as an action for breach of fundamental rights, not only must there be reference to the particular article in the Constitution contravened, but the facts of the case must show a breach of those rights, which the application failed to set out. Not conceding that there was a contravention or infringement of any Constitutional Article, the Attorney-General elucidated that every fundamental right was also governed by exceptions.

He submitted, for example, both Articles 139 and 148 of the Constitution of Guyana Chapter 1:01 provide for exceptions to the right to personal liberty and freedom of movement, respectively. The exceptions relevant to those circumstances were Articles 139 (1) which stated that no person shall be deprived of his or her personal liberty, save as may be authorised by law, in any of the following cases, that is to say for the purpose of preventing the unlawful entry of that person into Guyana, or for the purpose of effecting the expulsion.

And Article 148 which deals with freedom of movement, sub-section (3) of which states nothing contained in or done under the authority of any law shall be held to be inconsistent with or in contravention of this article to the extent that the law in question makes provision (d) for the imposition of restrictions, by order of a court. Therefore, both circumstances in which the Haitians were kept in custody were in conformity with a law that is as an exception to Article 139 and Article 148 of the Constitution. Arguments in the case will be heard on Friday before Chief Justice (ag), Roxane George at the Demerara High Court.